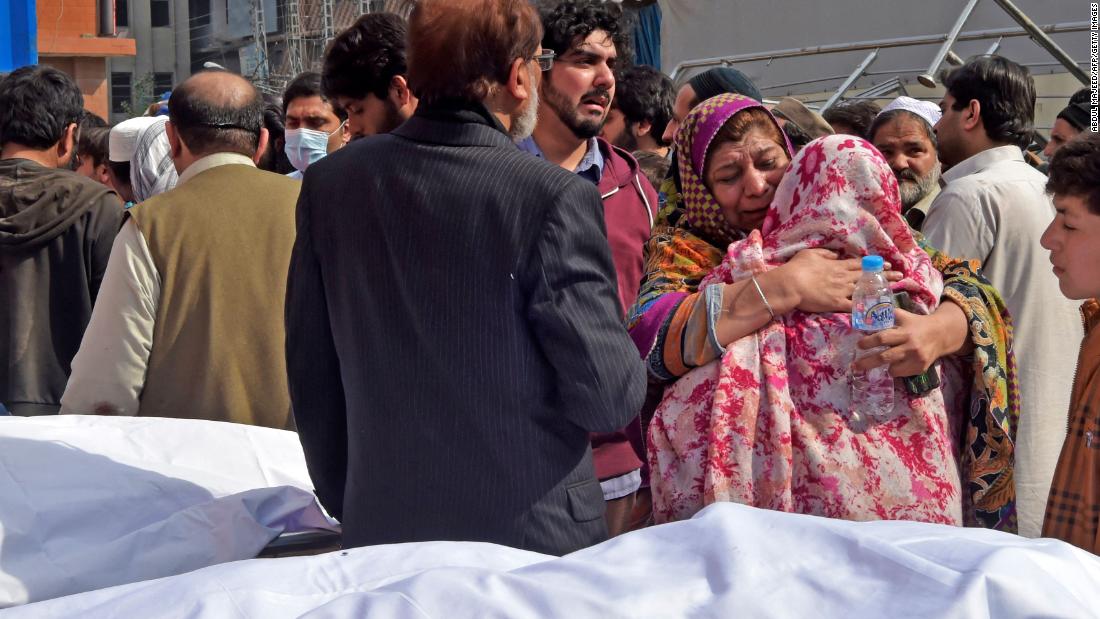 More than 50 people were injured in the explosion, according to Mohammad Asim, the spokesperson for Peshawar’s Lady Reading Hospital, where victims were being treated.

The source of the blast is suspected to be a suicide attack, but investigations are ongoing, Peshawar’s police chief Muhammad Ejaz Khan told CNN.

There has been no claim of responsibility so far for the attack, one of the deadliest in recent years on Pakistan’s Shia minority, which has long been the target of violence by Sunni Muslim Islamist militant groups, including the Pakistani Taliban, or Tehreek-e-Taliban Pakistan.

Thousands have been killed, many of them Shia Muslims, in sectarian violence in Pakistan, according to Human Rights Watch and other monitoring groups.

This is the deadliest attack in Pakistan since last August, according to CNN’s figures.