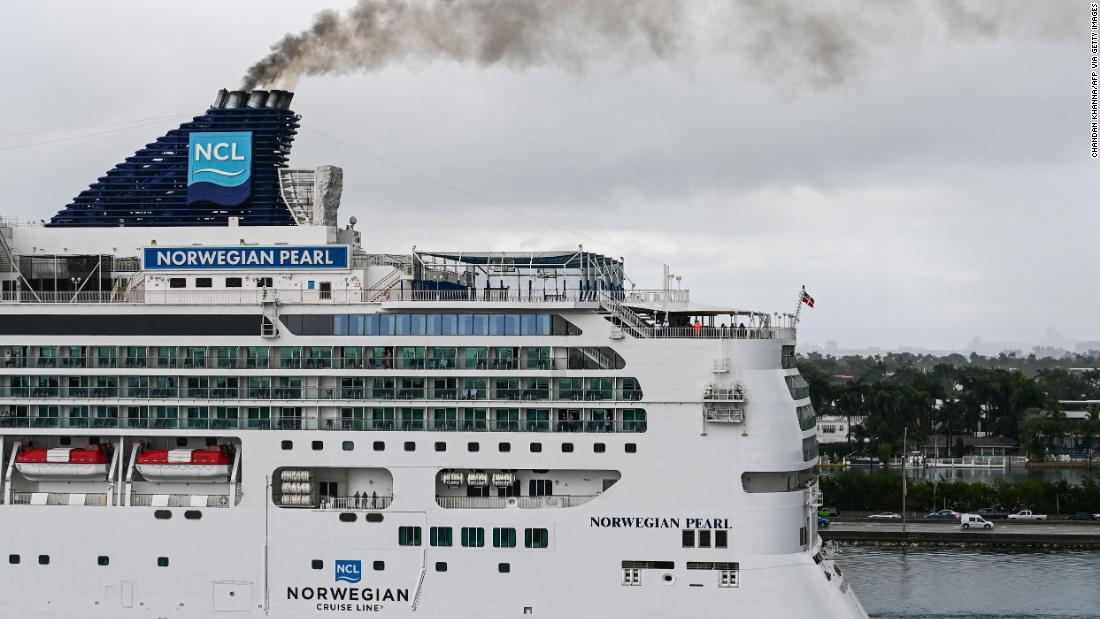 A Norwegian Getaway cruise set to embark on a nine-day Caribbean itinerary was canceled “due to COVID related circumstances” on Wednesday, the same day it was scheduled to set sail.

The Norwegian Pearl returned to Miami on Wednesday after one day at sea, cutting short a voyage that was scheduled to return to Miami on January 14. Several Covid cases among the crew prompted the move, according to the Miami Herald. Norwegian Pearl cruises with embarkation dates through January 14 are canceled.

“Our first priority is the health and safety of our guests, crew and the communities we visit,” the statement reads.

Guests booked on affected sailings will receive automatic full refunds plus a certificate valid for a future cruise, Norwegian said.

The cruise line has a vaccination requirement for 100% of guests and crew and requires pre-embarkation testing for everyone, it noted in its cancellation notices.

The cancellations come as an increasing number of cruises have been affected as the Omicron variant of the coronavirus sweeps the world.

On December 30, the US Centers for Disease Control and Prevention increased the risk level for cruise ship travel to its highest level and said it should be avoided, regardless of vaccination status.

The move “reflects increases in cases onboard cruise ships since identification of the Omicron variant,” the CDC website says.

“The decision by the CDC to raise the travel level for cruise is particularly perplexing considering that cases identified on cruise ships consistently make up a very slim minority of the total population onboard — far fewer than on land — and the majority of those cases are asymptomatic or mild in nature, posing little to no burden on medical resources onboard or onshore,” CLIA said in a statement last week.

Top image: Norwegian Pearl returns to the Port of Miami in Miami, Florida, on January 5. (Chandan Khanna/AFP via Getty Images)