Nordic countries wonder if they are next on Putin’s list 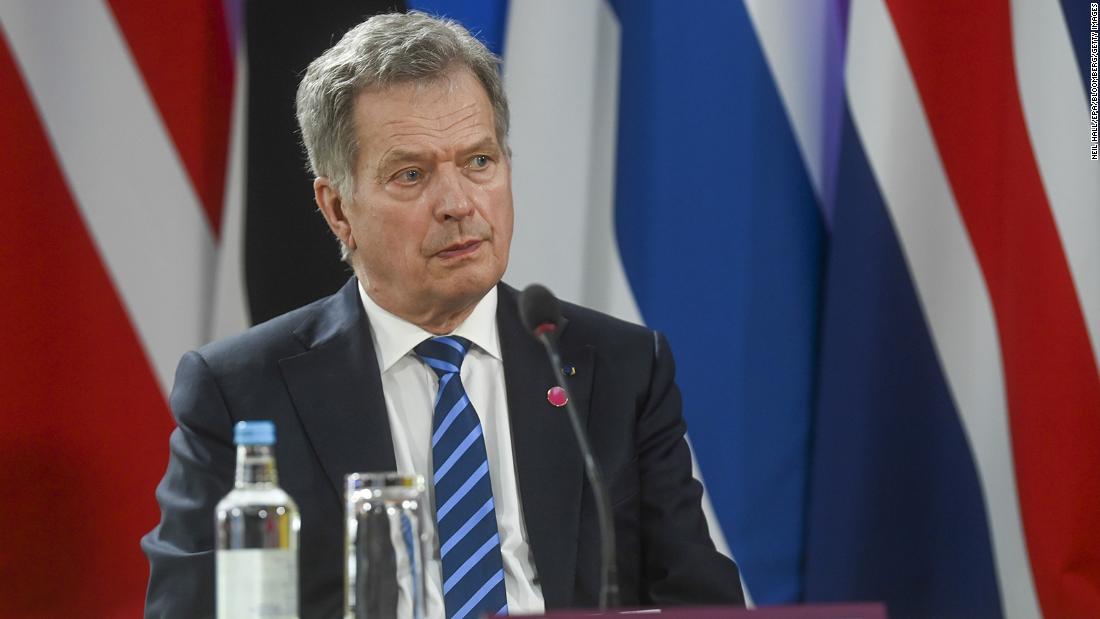 Nations that were neutral have provided arms for Ukrainians; governments that had for years missed their NATO defense spending obligations have made spectacular U-turns; and countries that had deep economic ties to Russia have gone further in breaking the link than anyone had seriously envisaged little over a month ago.

The West’s almost unprecedented unity on sanctions, political and military action has left many in Europe, despite the horrors of Putin’s war, optimistic that the continent will emerge from this better equipped to deal with security threats.

Nowhere is this truer than in the three Nordic nations that sit on the Scandinavian Peninsula: Norway, Sweden and Finland.

The fate of these three countries has been brought into sharp focus by the crisis in Ukraine due to their unique relationship with each other, the rest of Europe and Russia.

Both Norway and Finland share land borders with Russia, though Norway’s is significantly smaller at under 124 miles, compared to Finland’s 800-mile frontier. Norway, the Western-most of the three, is a member of NATO but is not in the European Union, while Finland and Sweden are in the EU, but not in NATO.

All three have historically supported a non-confrontational approach to Russia since the breakup of the Soviet Union due to their proximity. Also, all three are also members of the EU’s Schengen area, meaning there is borderless travel between the three countries.

It’s these last two facts that have played a significant role in the major rethink of European security over the past three weeks: How can you have a policy of non-confrontation when you also simultaneously share an open land mass with Russia?

One senior European defense official told CNN that “if Putin succeeds in Ukraine, then we are already asking the question of who is next?” They added that, due to the open borders between the three, any compromise of the Finnish border would “traumatic” for the peninsula.

Active conversations, once viewed by Sweden and Finland as a risky act of provocation against Russia, are now taking place in both countries about joining NATO. And, along with their neighbor Norway, both are throwing non-confrontation out the window.

“Finland and Sweden suddenly breaking long-held position(s) not to export arms to war zones and sending supplies to Ukraine has been the biggest shock for Europeans in terms of the Nordic response — and I suspect for Putin,” said Charly Salonius-Pasternak, a leading researcher in global security at the Finnish Institute of International Affairs.

He anticipates that we could see bolder moves yet from the three due to commitments made in the Nordic Defence Cooperation (NORDEFCO) Vision 2025 paper, which sets out plans for closer military cooperation between five Nordic nations who have different relations with NATO and the EU.

“If suddenly Norway, Sweden, Finland, Denmark and Iceland are storing weapons and units in other countries and coordinating their action, then we are in the territory of hard security operating across EU and NATO borders, which will really make life harder for Russia,” Salonius-Pasternak said.

The severity and robustness of the Nordic has response has raised the prospect of Finland joining NATO.

Alexander Stubb, a former prime minister of Finland, believes that joining NATO is a lot more likely because Putin has wrecked the careful balance Finland had maintained for years.

“Strategically, we always wanted to keep joining NATO in our back pocket as a deterrent to stop Russia from aggressive behavior. We maintained the balance of our military being compatible with NATO, while not being members of the alliance,” Stubb told CNN.

However, he believes that Putin’s actions have made that balance impossible. “Finland is driven by what I call rational fear. We can see Russia’s aggression and we don’t want to get left alone as we were in World War II.”

While joining NATO would be a major statement, there is an argument to be made that it makes little difference in a world where there is such universal revulsion at Putin’s actions.

“For years, Finland and Sweden had been taking action to mitigate the fact they were not in NATO by strengthening ties with the US, UK and the rest of the transatlantic community,” says Håkon Lunde Saxi, an associate professor at the Norwegian Defence University College.

He says that things like NORDEFCO and Nordic nations cooperating more closely on security make the region less vulnerable in a way that, in some respects, transcends membership of EU and NATO.

“The most powerful message of the past few weeks has been the unity,” Saxi said.

“First, Denmark and Sweden sent lethal equipment to Ukraine, then Finland and Norway followed suit. The urgency of the situation is ensuring that this kind of cooperation is accelerating, which makes protecting ourselves against any opponent more possible,” he added.

It must be hard for Putin and his accomplices to fathom, but their barbaric war in Ukraine has galvanized parts of Europe that had once bent over backwards to accommodate Russia into previously unthinkable action.

Whenever the horror ends, he might wake up to a very different Europe that is almost unrecognizable to the one he’d been able to bully with gas and rhetoric. And some of the most vocal opponents might be waiting right on his doorstep.