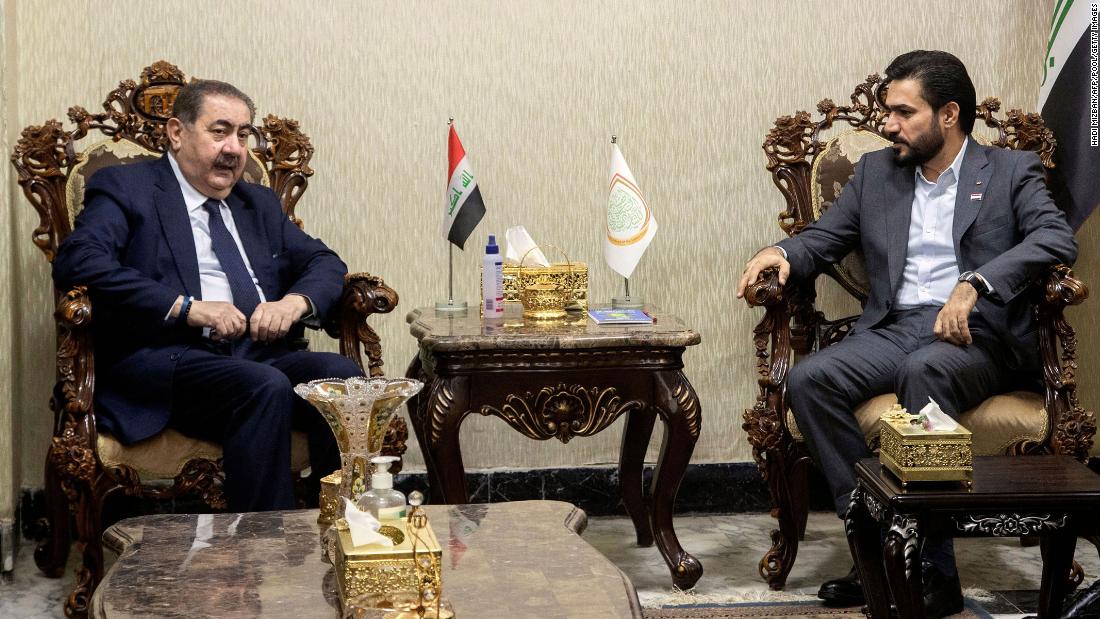 But a bid to crown his political career with a run for the presidency faced a major hurdle last week when Iraq’s federal court suspended his candidacy due to past corruption charges, causing an election delay that risks exacerbating existing factional divisions.

The presidential election was indefinitely postponed on Monday, stalling the already delayed formation of a new government. The results of October’s parliamentary vote, in which pro-Iran factions were dealt a significant loss, were only confirmed in December due to political bickering over the results. A new president would be tasked with asking the winning bloc to form a government.

The suspension was a blow to the ambitions of Zebari’s key backer Moqtada al-Sadr, the populist Shiite Muslim cleric who has emerged as a kingmaker and is bent on pushing through a government that excludes his pro-Iran Shiite rivals.

Sixty-eight-year-old Zebari was seen as a friend of the west and was known as a successful negotiator. But his political career took a turn in 2016 when, as finance minister, he was accused of corruption and mishandling of public funds. Zebari denied the allegations.

According to the post-Saddam system of governance in Iraq, the Kurdish minority assumes the presidency, while Shiites run the premiership and the Sunnis take the position of parliament speaker.

Since 2005, the Kurdish Democratic Party (KDP)’s rival Patriotic Union of Kurdistan (PUK) has occupied the ceremonial position based on an understanding that the PUK would take Iraq’s presidency while the KDP would rule the autonomous region of Iraqi Kurdistan. Zebari was running against PUK’s incumbent President Barham Saleh.

But the KDP’s clout in the Baghdad parliament has grown of late, emboldening the party and winning it new allies like Sadr. The revival of graft allegations has however rattled Zebari’s Shiite and Sunni backers, dampening his prospects for the presidency. Sadr, who emerged as the biggest winner the October election after having campaigned on an anti-corruption platform, had to withdraw his support. It’s unclear if the KDP will field another candidate that’s acceptable to Sadr or stand by Zebari.

Sadr reiterated his call for a government of national majority on Tuesday, after meeting Esmail Qaani, head of Iran ‘s powerful Islamic Revolutionary Guard Corps’ Quds Force. “Neither eastern nor western, a government of national majority,” he said on Twitter. The slogan was reminiscent of the 1979 Iranian revolution motto “Neither Eastern nor Western – Islamic Republican.” Iran celebrates the 43rd anniversary of its Islamic revolution this month.

If Sadr gets his way and the bloc he leads elects a president of its liking, Iraq could have a government that has quite a different approach to Iran. But the idea of an Iraqi government devoid of Iran’s Shiite allies won’t sit well in Tehran, and those prospects risk a backlash from pro-Iran groups, many of whom are heavily armed.

A video showing a smiling man walking in Iran with his teenage wife’s severed head in his hand has shocked the country. His mother was quoted as saying her son had threatened to kill his wife previously and was responsible for the murder.

US President Joe Biden and King Salman of Saudi Arabia discussed energy supplies in the face of soaring fuel prices and developments in the Middle East, including Iran and Yemen, in a call on Wednesday.

The plan is part of a three-year strategy adopted by the Dubai International Chamber to boost the emirate’s status as a global trade hub.

The US has said that the issue of American Iranians held in the Islamic Republic is separate from its nuclear talks with Tehran, but it has also said that it is unlikely to reach a deal without their release. Iran has said it would consider a “humanitarian gesture” when it comes to releasing prisoners. Watch Becky Anderson take a closer look at the issue.

Lebanon returns hundreds of stolen artifacts to Iraq, some dating back to the world’s oldest civilization

“It belongs in a museum,” is a famous quote by the swashbuckling fictional archaeology professor Indiana Jones, said in relation to artifacts being sold at high prices.

Lebanon has learned it’s also important to ensure they haven’t been stolen before they reach a museum.

The Levantine state is giving back to Iraq 337 swiped antiquities, some thousands of years old, many of which were looted during decades of conflict and war.

The clay figurines were housed in Nabu Museum in northern Lebanon and date back to different eras of the Mesopotamian civilization, the Iraqi foreign ministry said. The region in southwestern Asia is where the world’s earliest civilization is believed to have developed.

While it’s difficult to tell how many pieces are missing, Iraq hopes to recover more artifacts from several European countries.

Opened in 2018, Nabu is a private museum that has been the subject of controversy in the past, when suspicions arose that some of its collection was dug up illegally in Syria and Iraq. It returned five Roman artifacts to Syria from the ancient city of Palmyra in January.

Named after the Mesopotamian god of literacy, it houses a collection of tablets dating from 2330 to 540 BC.

Iran commemorates the anniversary of its Islamic Revolution on February 11. The country’s former ruler, Shah Reza Pahlavi, was toppled on that date in 1979, his regime soon to be replaced with the Islamic Republic that stands today. The Shah had the support of the US but not of his people, disgruntled by the country’s economic woes, political repression, and the government’s failure to deliver meaningful reform.

Opposition parties threw their support behind Shiite cleric Ayatollah Ruhollah Khomeini, an exiled critic of the Shah, believing he was their best bet to remove the monarch. Anti-regime protests erupted in January 1978 and continued for months, with hundreds of protesters dying at the hands of government forces. On February 1, 1979, Khomeini returned to Iran, welcomed by a million-plus crowd expressing their support for him, and by February 11, the Shah’s regime was officially over.

Pic of the day