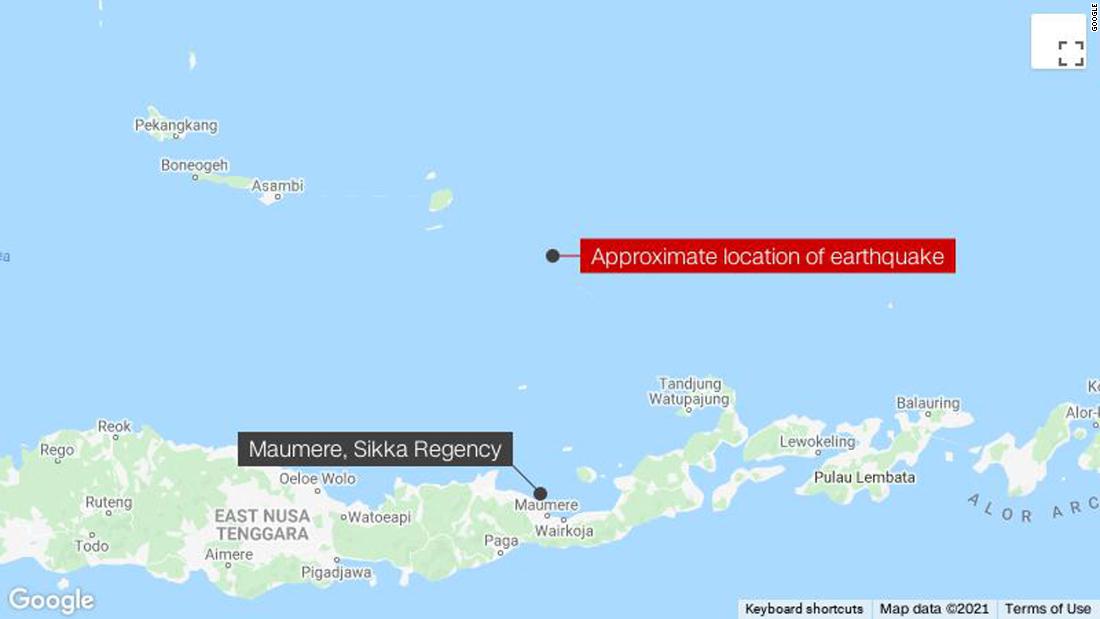 Based on the preliminary earthquake parameters, the US-based Pacific Tsunami Warning Center said, “hazardous tsunami waves are possible for coasts located within 1,000 kilometers (621 miles) of the earthquake epicenter.”

She said 15 aftershocks have been reported so far, the strongest of which was 5.6 magnitude.

Those living on the northern coastline should move to a higher place if they feel a strong tremor lasting more than 10 seconds, Dwikorita said.

Romanus Woga, Deputy Head of Sikka Regency, the district located closest to the earthquake epicenter, told CNN he felt four or five big shakes that prompted people in Maumere city to run out of their homes. He said people living close to the coastal areas had fled to higher ground.

Romanus, who is driving around the city to check the situation there, said no buildings or houses had been noticeably damaged so far.

Maumere is the capital city of Sikka and the second-largest town on Flores with a population of about 90,000 people.

Indonesia sits on the “Ring of Fire,” a band around the Pacific Ocean that sets off frequent earthquakes and volcanic activity. One of the most seismically active zones on the planet, it stretches from Japan and Indonesia on one side of the Pacific all the way across to California and South America on the other.