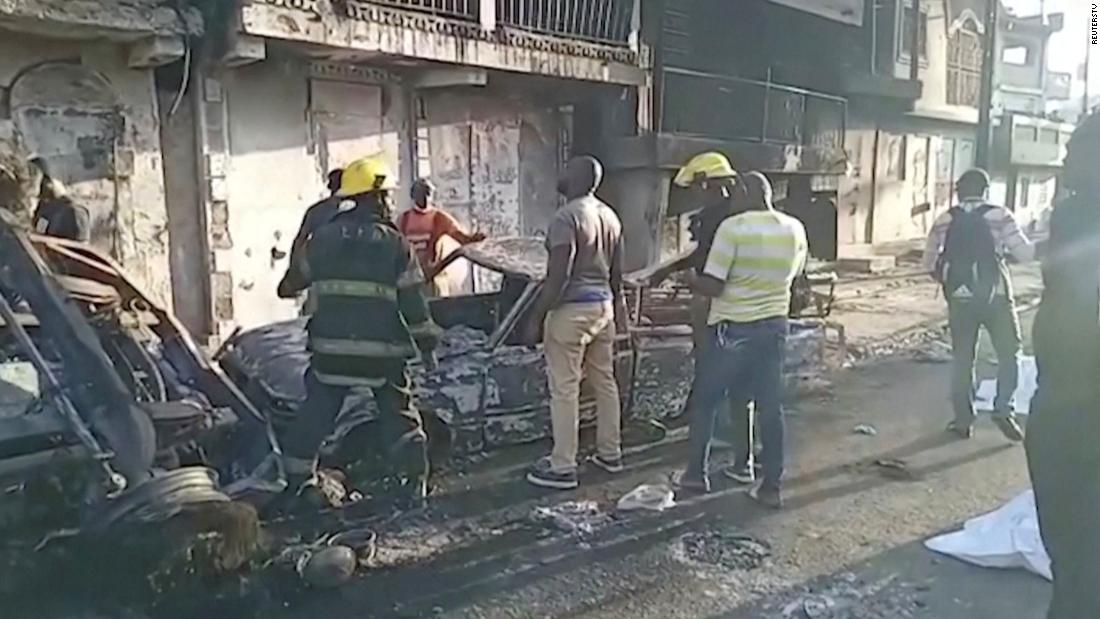 Almonor said the fuel tanker exploded after it had stopped due to mechanical issues and began leaking gas. People gathered to collect fuel directly from the truck when the explosion occurred, he said.

Haiti has been crippled by a severe fuel shortage that has led to power outages and protests.

The damage to the city is extensive, according to Almonor. “We have nearly 50 houses impacted by the fire and most of them will need to be demolished,” he said.

“The city will need a lot of help to come out of this tragedy, the central government is offering to help but we are waiting to see it,” he added.

“We believe we will need more than just the central government, the situation is critical.”

Local officials say rescue efforts are ongoing and that the death toll is expected to rise. Haitian authorities say they have deployed two field hospitals to Cap Haitien.

At least six people had been airlifted from Cap-Haitien to a hospital specializing in severe burns in capital city Port-au-Prince, according to Doctors without Borders, which runs the hospital.

UNICEF will send medical kits for hospitals in Cap-Haitien for the treatment of the burn victims, according to a statement from spokesman Ndiaga Seck.

“UNICEF sympathizes with the pain of grieving families and families whose members have been injured,” added Seck in the statement.

Haiti’s Prime Minister Ariel Henry has declared three days of national mourning in the wake of the explosion, “in memory of the victims of this tragedy which grieves the entire Haitian nation.”