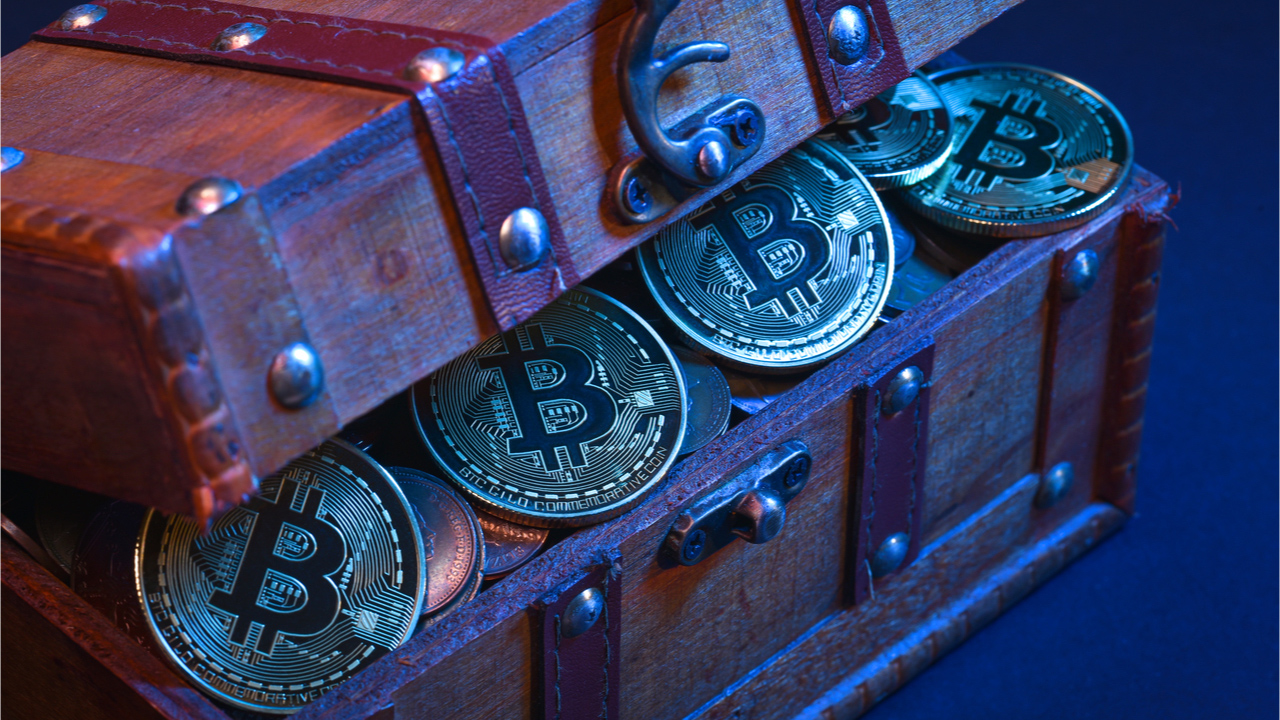 It’s been a while since a block reward of 2010 ‘sleeping bitcoins’ have been spent and on Friday, a block reward from that era was transferred after sitting for 11 years and five months. Prior to Friday’s 2010, block reward spend, the last 2010 block transferred was on July 4, 2021.

Bitcoin.com News, alongside help from the creator of the blockchain parser btcparser.com, and members of the Telegram channel “Gold Found In Sand,” have been identifying these old school miners from 2010 and other years for quite some time. The block reward spent on Friday came from a mining reward acquired on May 17, 2010, and was transferred at block height 706,203.

On September 28, 2021, an in-depth report on ‘sleeping bitcoins,’ showed that old school miners from 2010 through 2013 had moved $1 billion in BTC (using exchange rates from the day the study published) or 23,250 BTC transferred.

The 2010 block reward move on Friday, if exchanged for fiat would be worth over $3.1 million, as bitcoin (BTC) opened the day on Friday exchanging hands for $62,237 per unit. Remarkably, when the bitcoin miner acquired the coins, the entire lot was only worth $4. The miner decided to wait and not spend it at $0.08 per unit, which was the price equivalent of a single bitcoin in June-July 2010.

The miner would manage to gain a whopping 76,249,900% increase in value if he or she decided to trade the funds for fiat that day. Meanwhile as mentioned above, 2010 block reward spends have been far and few between during the last four months. Although, there’s been a greater number of 2011 block reward transfers.

Prior to Friday’s 2010 block, 13 block rewards from 2011 were moved on the blockchain in October alone. Using exchange rates from October 23, that’s $39.5 million in value if exchanged for fiat. This is because the terms “spent” or “spend” in this article do not necessarily mean that the bitcoins were “sold” to a third party like a popular crypto exchange.

The 2010 transfer on October 22, did not see the corresponding bitcoin cash (BCH) or bitcoinsv (BSV) moved. Those coins remain idle to this day as the stash of BCH is worth $31,312 and the BSV is worth $8,595 at the time of writing. All 2010 block rewards mined in that era will have BCH and BSV tethered to the private keys, alongside the myriad of lesser-known BTC forks.

Additionally, the mystery whale that was caught by Bitcoin.com News and help from btcparser.com, has not returned to move strings of bitcoin rewards in over three months. The last time we caught the infamous 2010 mining whale was on June 9, 2021, at block height 686,865.

The whale was quite special because it constantly spent 1,000 BTC or 20 block rewards from 2010 in a single block. We cannot say whether or not the whale that constantly spent 20 block rewards from 2010 will not return. Prior to the June 9 spend of 1,000 ‘sleeping bitcoin,’ worth $35 million at the time of transfer, the whale waited 78 days to come back.

The Central Bank of Brazil has confirmed that the institution will run a pilot test regarding the implementation of its proposed central bank digital currency (CBDC), the digital real. Roberto Campos Neto, president of the bank, also stated that this … read more.