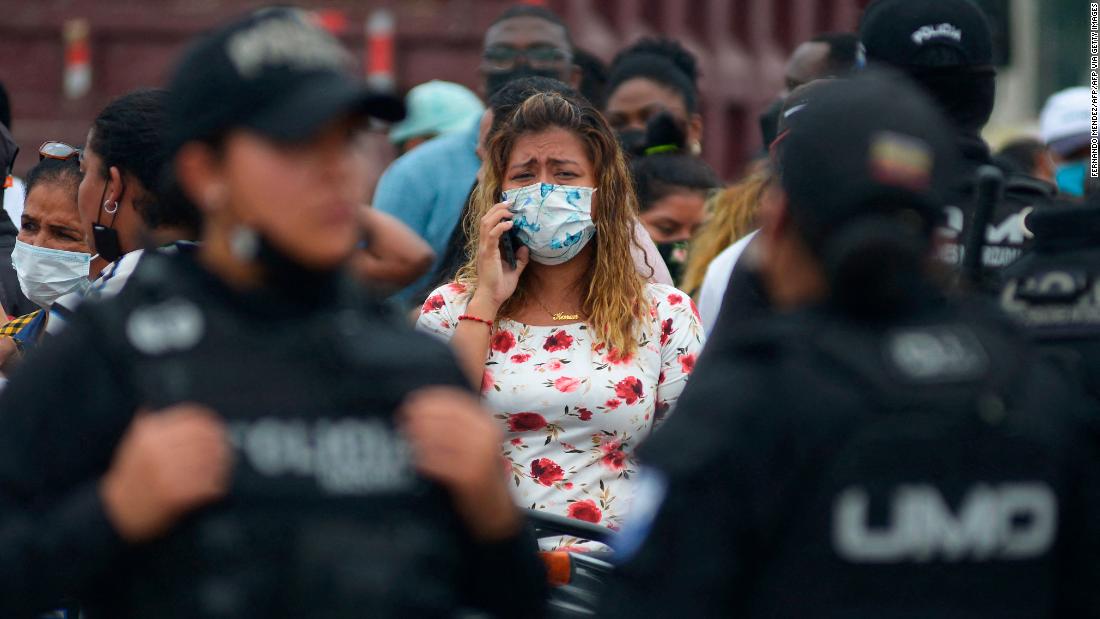 The move came after the Ecuadorian prosecutor’s office asked the government to take “urgent measures” to address the situation, according to a post on the agency’s official Twitter account.

Prosecutors said at least 68 prisoners were killed and another 25 wounded during Saturday’s clashes at the Litoral Penitentiary, one of Ecuador’s largest prisons in the coastal city of Guayaquil.

Hundreds of prisoners have died in large-scale riots and gang violence in Ecuadorian prisons over the past year. The same facility, the Litoral Penitentiary, saw 118 people killed in September during clashes that involved automatic weapons and even grenades.

So far, 34 bodies have been identified since the Saturday bloodshed. They will be delivered to families in the following hours.

“The Human Rights Secretariat will deliver the coffins to the families in the next few hours while criminology continues to work on the identification of the other deceased,” the Ecuadorian government said in a statement.

The government is also offering psychological assistance for victims’ families, the statement added.

Ecuadorian police began activating security protocols Friday night after reports of gunshots and possible confrontations between inmates at the prison, according to Guayas Governor Pablo Arosemena in an announcement posted to the official Facebook page of the Guayas Province government.

The deadly clashes appear to be an instance of gang violence, according to the governor, who said inmates “not only used weapons and detonations, but they tried to suffocate [other prisoners], burned mattresses, and more.”

Ecuador’s prison system has been under a state of emergency since September’s deadly clashes. More than 300 inmates have been killed in prison violence this year, according to figures from Ecuador’s prison service SNAI.