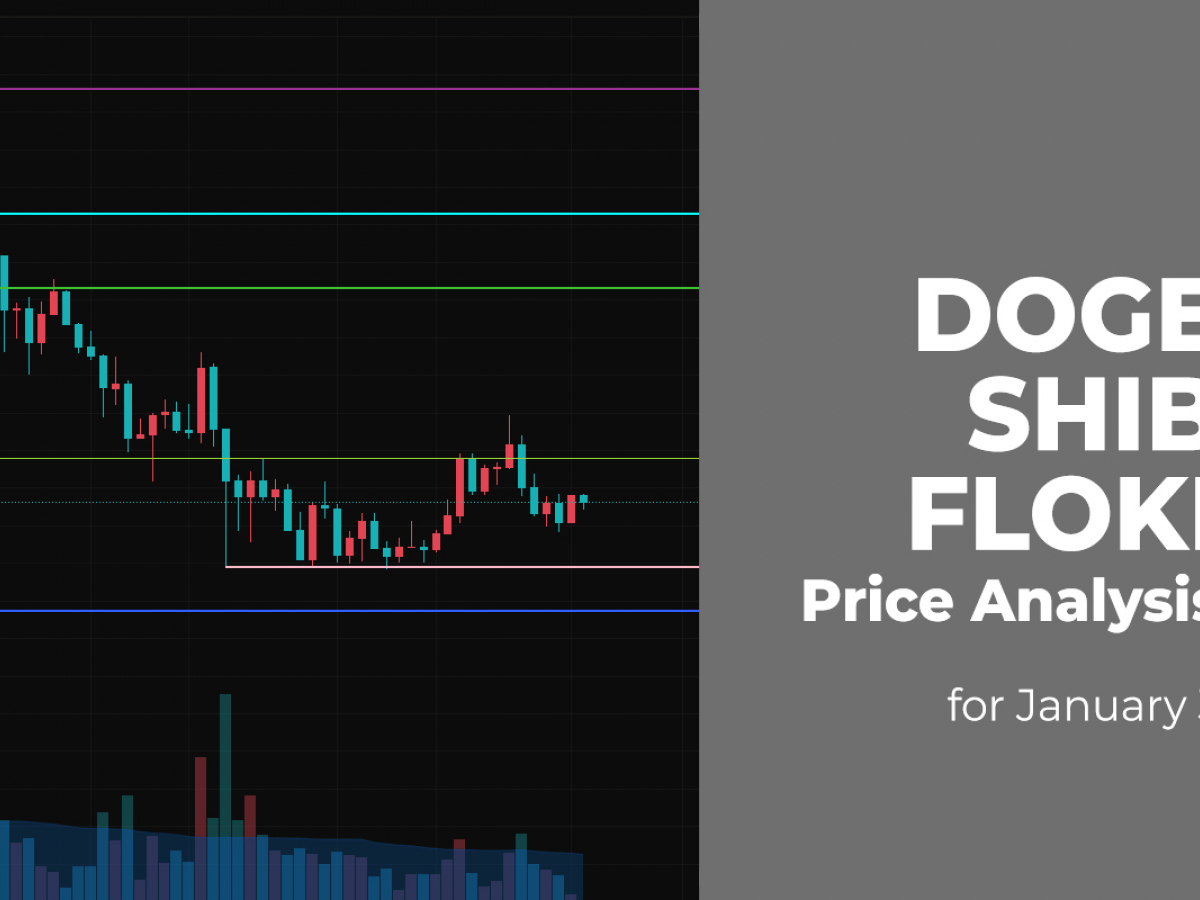 The week has begun in a neutral mode on the cryptocurrency market as some coins are in the red zone, while others are in green.

DOGE is trading in a channel between the support at $0.1310 and the resistance at $0.2204. The trading volume remains low, which means that traders have not accumulated enough energy for a further sharp move.

In this case, continued sideways trading is the more likely scenario for the upcoming days.

The price of SHIB is almost unchanged since yesterday. It has only grown by 0.12%.

The volatility of SHIB is at its lowest levels against the falling trading volume. Currently, neither bulls nor bears are dominating as the rate is far away from its support and resistance areas.

If the bears’ pressure continues, the price may test the zone of the most liquidity around $0.000028 shortly.

FLOKI is the biggest gainer from the list today with a price change of +4.73%.

FLOKI made a false breakout of the resistance at $0.000115. If bulls cannot break this level and fix above it, bears will control the situation on the market. If they keep the pressure, there is a possibility of seeing a retest of the support at $0.00009675 soon.