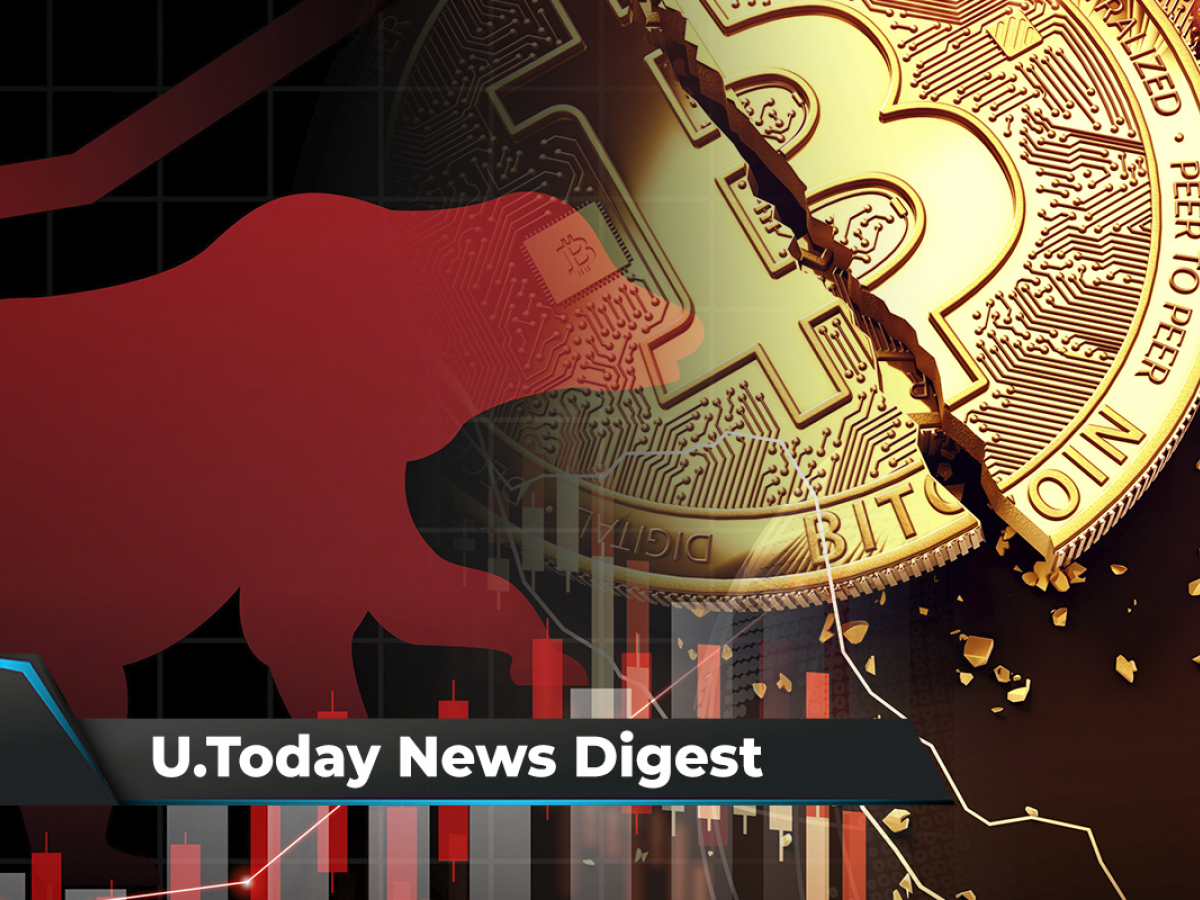 Here are the top four news stories over the past day.

As reported by Bloomberg Terminal, the flagship crypto, Bitcoin, dipped to the $40,600 level on the Kraken exchange as Goldman Sachs expects that this year the Fed will raise interest rates not three times but four. Meanwhile, the tech-focused Nasdaq Composite index, which is closely correlated to Bitcoin, has also responded by dropping. Yesterday, it dipped 1.4%.

Apart from increased expectations for the Fed rate hike this year, the Bitcoin Fear and Greed Index dropped to 10 on Jan. 8, indicating “extreme fear.”

According to the official announcement by Euler Finance, Shiba Inu has been successfully activated on its protocol, meaning that from now on, holders of the meme token are able to borrow or lend tokens and earn interest. While celebrating this important event, the SHIB community anticipates its beloved coin’s listing by Robinhood (a petition in this regard has gained 555,066 signatures).

As the crypto market is going through a correction, Bitcoin whales start to accumulate, increasing their positions with discounts. According to IntoTheBlock, addresses already owning  over 1,000 BTC will increase their holdings. Whales tend to step up during bear trends on markets; purchasing assets at a discount allows them to redistribute their holdings with greater profits when the ascending movement occurs.

Even though whale activity has escalated, Bitcoin is not rushing to recover, still trading in the $40,000 zone.

Crypto has entered a bear market, but here is a positive sign

Most traders seem to believe that crypto has officially entered a bear market, the latest on-chain data suggests. This is confirmed by last week’s declines in the price of Bitcoin (which is presently down 10.58% in the past seven days) and the majority of altcoins. However, Santiment notes that the prevalence of bearishness across the board could be a very promising sign that weak hands are capitulating. The analytics firm also adds that previous ”bear market” spikes have led to short-term increases until the FUD stops.