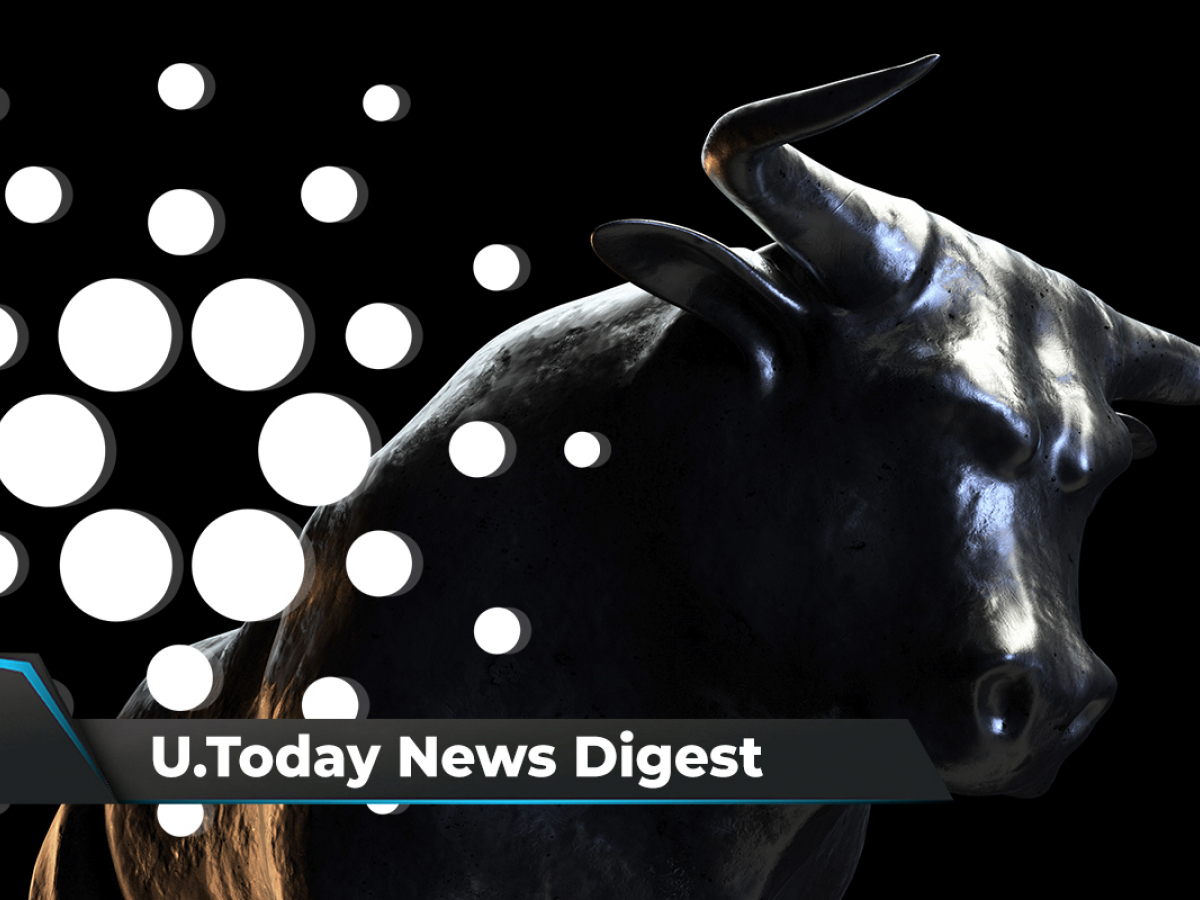 U.Today presents the top five news stories over the past day.

What Christmas gift is every Shiba Inu holder dreaming about? The meme coin’s on-chain signals turning bullish, of course. And SHIB has not disappointed its enthusiasts; in addition to the set of metrics moving into the positive zone, yesterday the asset also approached a key barrier at $0.000040. Overall, Shiba Inu has seen a near 19% increase in active addresses over seven days.

Cardano Foundation has recently taken to Twitter to share its “biggest accomplishments of 2021” with the community. In the course of the year, Cardano Foundation teamed up with 13 major organizations, including COTI network, Eco-age, Save the Children and many others.

Meanwhile, the ADA token has been on an impressive seven-day upswing since Dec. 21, rallying nearly 30% to highs of $1.594 yesterday. Its price has risen for seven consecutive days and is yet overbought with the relative strength index (RSI) moving higher. Near-term action is expected to remain higher while above the RSI’s midline of 50. Overall, ADA may continue to sustain its upside momentum into 2022.

Elon Musk keeps sending canine meme coins to the Moon with his tweets. Yesterday, a picture of his puppy dressed in a Christmas suit made Santa Floki (HOHOHO), a BEP20 token launched on Binance Smart Chain, surge 3,944%. Coincidence or not, Elon Musk added a “Floki Santa” caption to his photo, which is pretty similar to the name of the token.

Santa Floki was created by developer Parabolic8 and aims to ride on the coattails of Floki.

$3.2 million worth of ETH stolen via MetaDAO DeFi protocol rugpull

Yesterday, PeckShield security firm detected two rugpull scams, which resulted in users losing a total of $3.8 million. The first one, MetaDAO rugpull, stole 800 ETH. For everyone’s safety, the address has already been marked as the “Metadao” rugpull address. The second scam, MetaSwap rugpull, stole 1,100 BNB and then transferred it to the Tornadocash coin mixer, allegedly to “cover the tracks.”

The fate of the stolen funds remains unknown, but they will most likely be declared lost.

According to Bigger Entertainment’s announcement, during the recent “burn party” that took place last Sunday, they burned almost 240 million SHIB by sending them to a null address. The company destroyed Shiba Inu tokens while streaming the process on YouTube. Overall, since October, Steven Cooper, the Bigger Entertainment founder, has burned 880,983,100 SHIB tokens, which equals $33,741.60.

Previously, Cooper stated that the SHIB burn rate will double in the next 60 days.