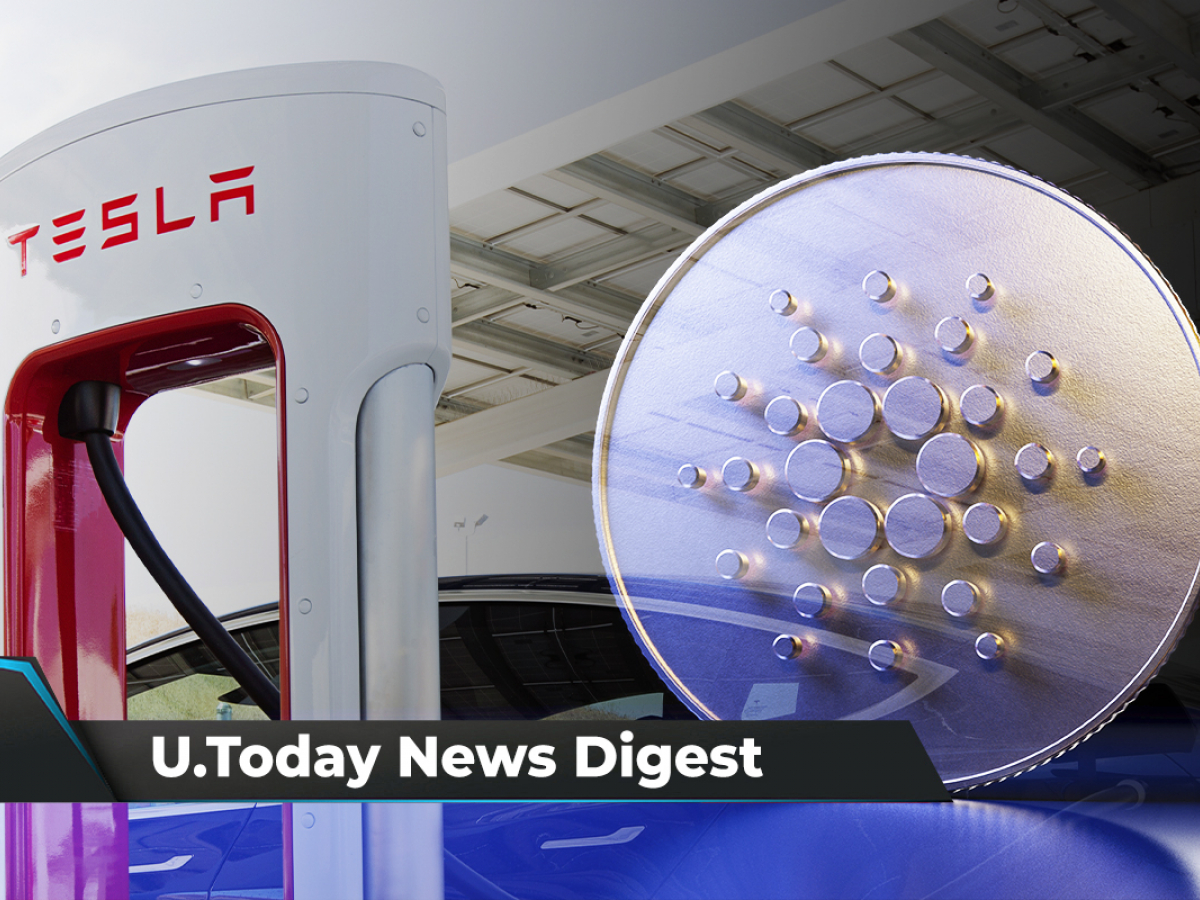 It is easy to get lost in the whirlwind of hundreds of events happening in the crypto industry daily. U.Today helps you stay tuned into the latest crypto news and presents you with the top four news stories from the past weekend.

On Friday, Ryan Zohoury, founder of Tesla Console, mentioned Elon Musk in his tweet about Tesla charging stations that have been recently opened in Santa Monica. In response to the news, the centibillionaire wrote that in the future, he sees Tesla charging stations accepting Dogecoin as payment. Musk also stated that Tesla plans to open “a futuristic diner/drive-in theater” in the Hollywood area, where people will be able to pay in Dogecoin as well.

According to Input Output Global, the latest Cardano update, which increased the per-block memory unit limit for Plutus scripts on the Cardano mainnet, is up and running now. On Saturday, Feb. 19, it entered observation mode. Despite this major update, ADA continues its multi-month price dropdown, changing hands at $0.95. However, participants in the Finder’s panel discussion stated that by 2030, Cardano’s native asset might eclipse $58.

Coinbase’s XRP transfers made some members of the Twitter crypto community speculate about the exchange readying to resume XRP trading. Coinbase suspended trading operations with XRP in January 2021 after the SEC initiated a lawsuit against Ripple.

As Ethereum co-founder Vitalik Buterin stated in his recent interview with Bloomberg that he believes that a lot of existing cryptocurrency projects could fail during a brutal bear market. However, according to the Canadian-Russian programmer, despite cryptocurrencies going through the early stages of another crypto winter, the sustainable crypto projects that are actually building things will be able to survive it.

At the moment, Buterin’s brainchild, Ethereum, is trading at $2,720, according to CoinMarketCap.