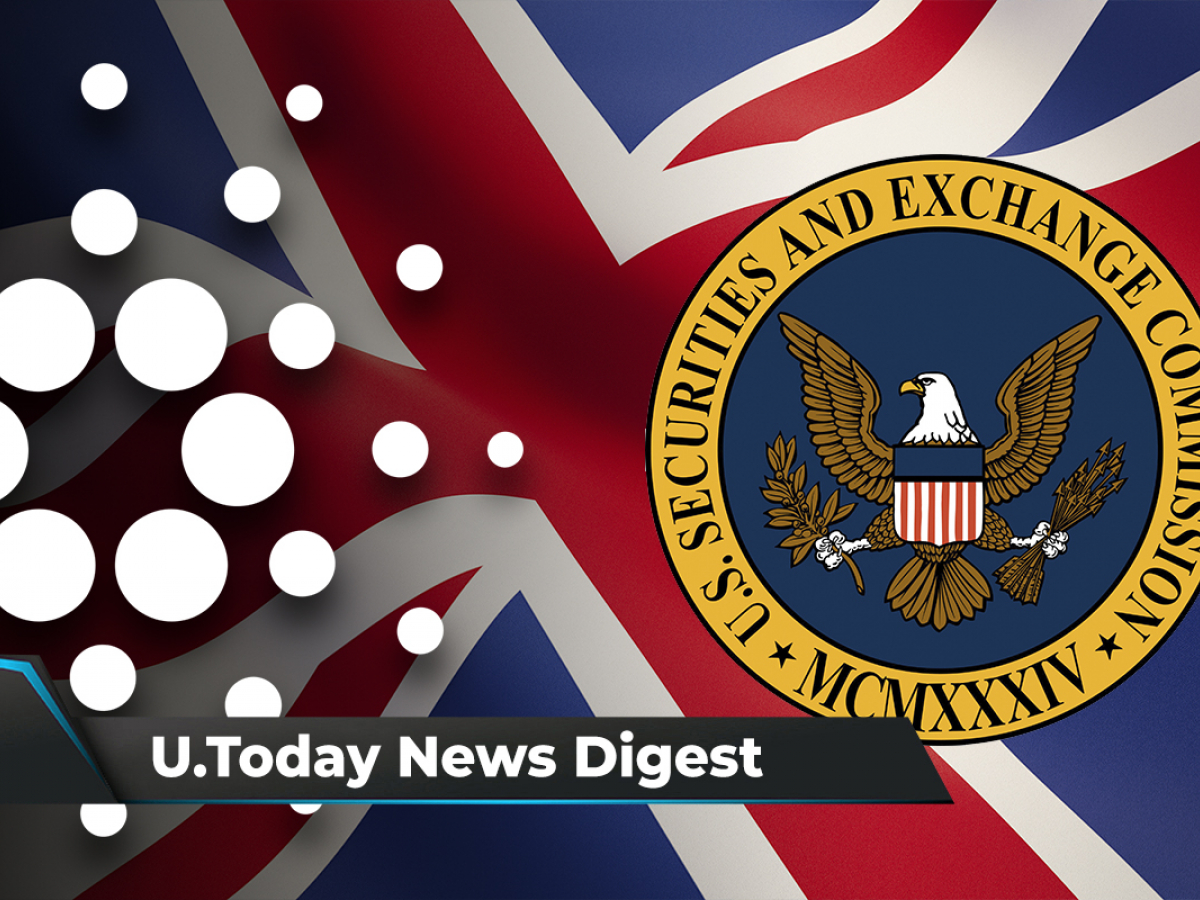 U.Today’s news digest helps you take a closer look into the latest events in the crypto industry

Don’t miss anything happening in the world of crypto with U.Today’s top four news stories over the past day.

Shiba Inu and 50 other crypto transactions supported via MasterCard innovation for U.K. users

Good news for all crypto holders living in the United Kingdom: CoinJar has made it possible to transact more than 50 cryptocurrencies (including Shiba Inu, Bitcoin, Ethereum and XRP) through the CoinJar Cryptocurrency Card. From now on, U.K. customers can make purchases by instantly converting cryptocurrency into fiat currency everywhere MasterCard is accepted.

Since 2013, the year CoinJar was established, it has helped users conduct billions of dollars worth of transactions in Bitcoin, Ethereum and other cryptocurrencies.

In his recent tweet, Ali Martinez, a prominent crypto analyst, pointed out that Cardano’s on-chain activity demonstrates a significant increase. He also notes that the number of new daily addresses being created on the Cardano network has surpassed 112,500, growing by nearly 167%. According to Martinez, sustained growth in this metric usually occurs before a spike in ADA price volatility.

After sending a letter to SEC Chairman Gary Gensler, asking him to explain why the agency refused to approve a spot-based Bitcoin ETF, in early November, Minnesota Representative Tom Emmer finally received the answer. In the response letter, Gensler clarified that the reason behind the refusal is the agency’s wish to ensure the prevention of fraud and manipulation of the market.

In October 2021, the SEC approved the first futures-based Bitcoin ETF; however, none of the proposals to launch a spot-based ETF has been greenlit by the securities watchdog so far.