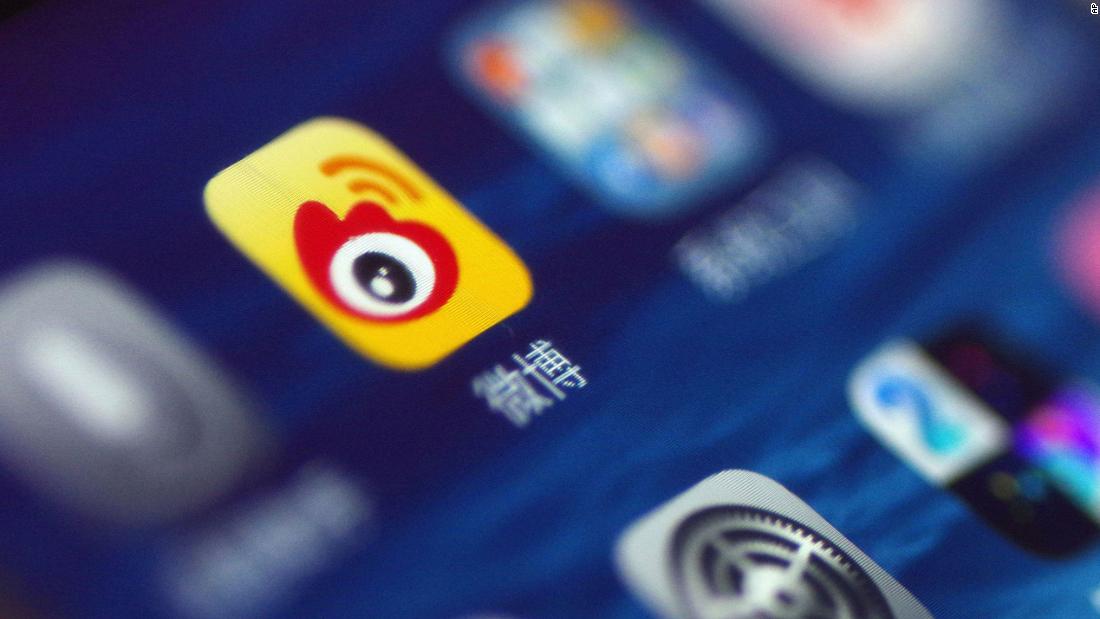 But in the eyes of the Chinese Communist Party, it is not censoring enough — and needs to pay a price, literally.

That’s far from the first time Weibo has been slapped with such a hefty fine by the government. Over the first 11 months of this year, the social media giant was fined 44 times for transgressions that cost it a total of $2.2 million, according to the Cyberspace Administration of China (CAC), a government agency under the control of the party.

Weibo said in a statement it “sincerely accepts criticism” from the regulator and has established a working group in response to the penalty.

The latest punishment on Weibo came just two weeks after Douban, a popular site for reviewing movies, books and music, was fined $236,000 on similar grounds — adding to the $1.4 million in fines it has accrued this year to November for apparent content violations.

Chinese internet companies have long been subject to government crackdowns, with their executives frequently summoned by the CAC for “criticism and rectification.” But it is rare for government regulators to openly admonish platforms for doing a botch job on censorship, analysts say.

“The first step in censorship is you can’t talk about the censorship. You’re not allowed to disclose it unless told to [by the government],” said Eric Liu, an analyst at China Digital Times, a US-based news website tracking censorship in China.

In announcing the penalties against Weibo and Douban, Liu said the Communist Party is “bringing the matter to the surface” on purpose — signaling that such harsh punishment could become a regular occurrence.

In addition to government censors, Chinese internet firms also hire dedicated moderators to police their own platforms, removing content deemed illegal or harmful by the party — which ranges from pornography, violence and fraud to criticism of the government and other information the party considers “politically sensitive” or “morally degenerate,” such as LGBTQ content.

Liu, the analyst, previously worked as a content censor at Weibo from 2011 to 2013. During this period, he compiled more than 800 files of censorship orders issued to the company. But nowadays, he says, the orders from internet regulators are issued more discreetly via more secured channels, making it much more difficult for employees to leak them.

“Now, it’s the censorship of censorship. Censors are being watched too,” he said.

Under President Xi Jinping, the party has tightened its control of the internet, viewing it as susceptible to Western infiltration. A little over a decade ago, Weibo hosted vibrant public debates on a variety of social issues, and liberal-leaning public intellectuals were able to cultivate large followings.

But that changed under Xi. Today, most liberal voices have been silenced. Topics such as feminism, the LGBTQ movement and environmental advocacy are increasingly viewed with suspicion as stooges of Western influence, with censors struggling to keep up with an ever expanding list of “sensitive words” or banned terms.

When Liu worked at Weibo, the company employed about 200 content moderators, he said. Liu expects the number to have multiplied, given that the platform now boasts over half a billion monthly active users.

“When the network traffic increases, the pressure on censorship is also mounting. Within the Great Firewall, everybody is facing stricter and stricter censorship — it’s like inflation,” he said, referring to the country’s sophisticated internet censorship system.

“Censorship is expanding everywhere, which means companies need to hire more people.” And that could become a big financial burden, especially for smaller companies, added Liu.

Sarah Cook, the director of research for China at US non-profit Freedom House, said the latest fines are part of an ongoing campaign by the Communist Party to “pressure tech firms to more strictly control the content on their platforms.”

“It’s an almost impossible task for the platforms, given the scale of users and constantly changing red lines, but these kinds of periodic fines and ‘rectification’ efforts keep them on their toes and incentivize them to carry out the Communist Party’s censorship.”

While the internet regulator did not specify what content triggered the penalties for Weibo and Douban, analysts believe they could relate to the #MeToo scandal surrounding Chinese tennis star Peng Shuai.

Peng, 35, publicly accused former Vice Premier Zhang Gaoli of sexual assault on Weibo on November 2. Her post was deleted in under 30 minutes and her Weibo account blocked from searches, but screenshots of her post still circulated widely across social media and in private chat groups before they were censored. And despite censors’ best efforts to scrub all discussions and even the vaguest references to her allegations from the internet, allusions and veiled discussions still spring up from time to time — including on Weibo and Douban.

“It appears that Weibo is punished this time for the Peng Shuai scandal, which is the biggest censorship campaign of the year,” Liu said. But Chinese authorities will never admit censorship has taken place on Peng in the first place, he added.