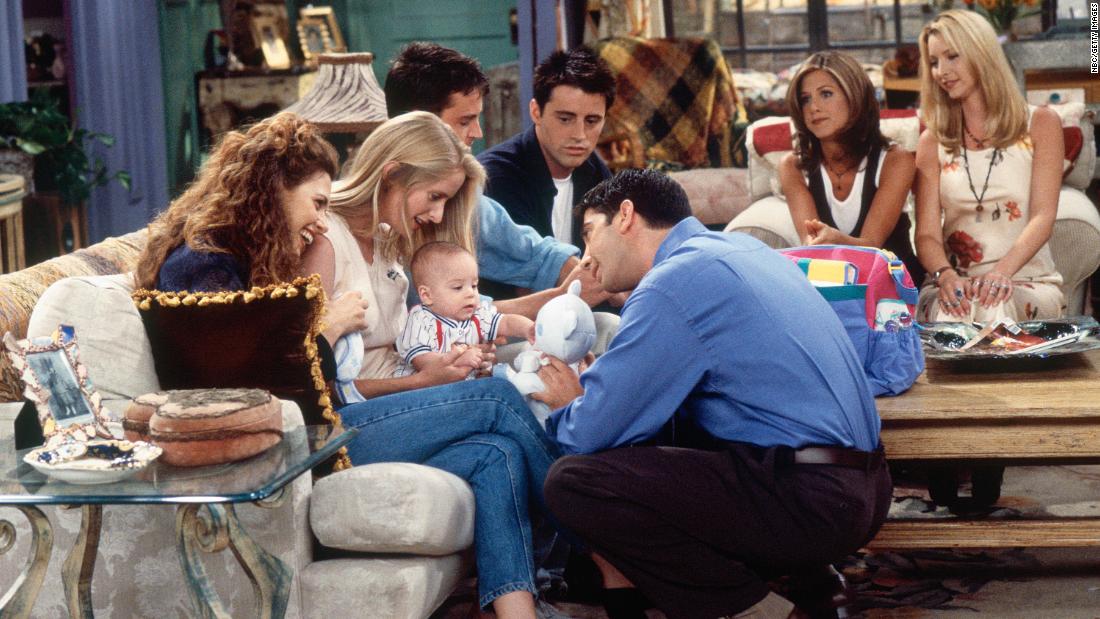 In the first episode, conversations regarding the character Ross’s ex-wife, Carol Willick, who divorces him after realizing she is a lesbian, were deleted. Other conversations that were sexually suggestive were also edited out.

In the original version, Ross mentions that “there was only one woman” for Carol, who leaves him for her friend Susan Bunch, while his friend Joey asks him if he ever knew she was a lesbian.

The show debuted on Chinese streaming platforms Sohu video and iQiyi in 2012 without any censorship, and this was available to watch until its streaming agreement ended in 2013.

Following the burgeoning popularity of the 2021 special ‘Friends: The Reunion’, which saw the six main actors come together to reminisce about the show, Chinese streaming platforms together purchased the broadcasting rights to the show.

Fans have taken to the Chinese social media site Weibo to protest censorship of the show, with #FriendsCensored becoming the most trending topic on the site.

The hashtag received more than 54 million views on the site on Friday night, but was later censored by the platform on Saturday morning, with search results showing, “this topic is not shown according to relevant laws and regulations.”

CNN has reached out to Bilibili, Tencent, Youku, Sohu, and iQiyi for comment.

In the previous version on Sohu, Ross said “[Women can have] multiple orgasms” when debating men and women’s advantages with his friends in the café. However, in the recent version, the platforms substituted the Chinese subtitle of Ross’ line with “Women have endless gossips” despite keeping the original soundtrack and English subtitle.

Many netzines mocked this as an “insult to our English language ability.” One Weibo user said: “Not only does it ignore women’s sexual desire and enjoyment, but also reinforces the gender stereotype of women.” This comment received more than 81,000 likes.

The censorship is a result of the Chinese government tightening its control of media and entertainment.

In 2016, China issued new guidelines saying television shows shouldn’t include story lines involving gay relationships, as well as other topics that “exaggerate the dark side of society.” The eight-page document referenced “vulgar, immoral and unhealthy content” and deemed homosexuality, extramarital affairs, one-night stands and underage love as being off-limits.

When the film “Bohemian Rhapsody,” a biopic of British rock band Queen, released in China in 2019, more than two minutes of LGBTQ content were removed from the film, including scenes of two men kissing and the word “gay.”