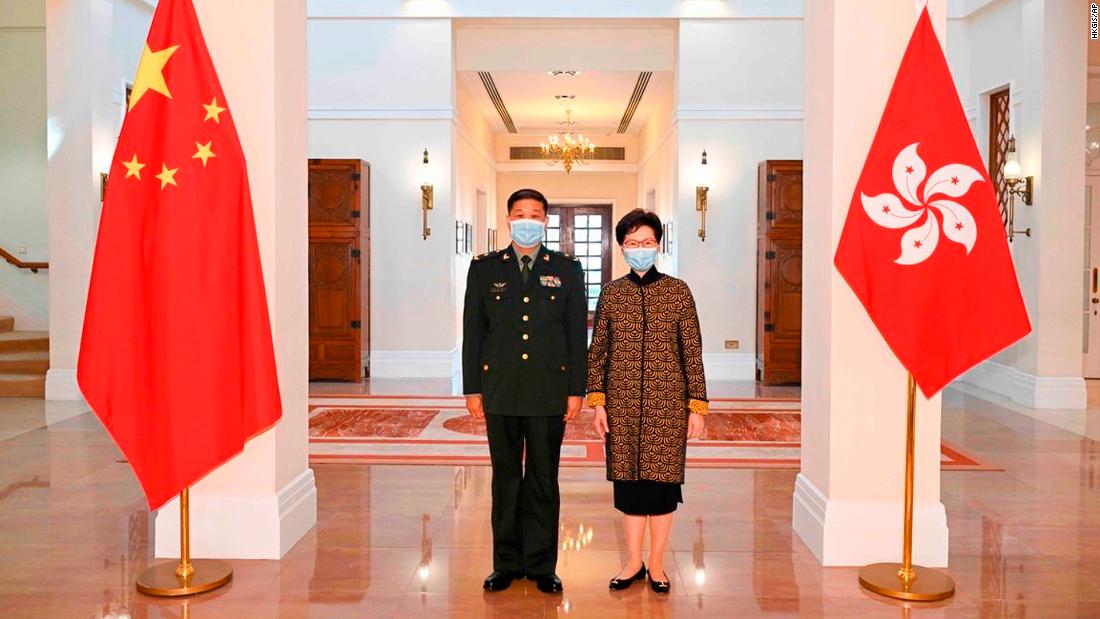 Peng, who holds the rank of major general, was previously the deputy chief of staff of China’s paramilitary police force, the People’s Armed Police. His appointment was signed into order by Chinese President Xi Jinping, CCTV said.
According to the Global Times, a nationalist tabloid published by the official People’s Daily, Peng was previously also chief of staff of the Armed Police Force in Xinjiang, where Washington says Beijing is committing genocide against Uyghurs and other Muslim groups. China denies abuses in Xinjiang.

The PLA maintains a garrison in Hong Kong, but its activities are largely low-profile. Under the global financial hub’s mini-constitution, the Basic Law, defense and foreign affairs are managed by Communist Party leaders in Beijing.

CCTV also quoted Peng as saying that he would in his new appointment work with all members of the garrison to follow the command of the ruling Communist Party and Xi, and resolutely defend national sovereignty and security interests.

Hong Kong returned to Chinese rule in 1997 with the promise that wide-ranging individual rights would be protected.

But pro-democracy activists and rights groups say freedoms have been eroded, in particular since China imposed a new national security law after months of at times violent pro-democracy protests in 2019.

Hong Kong and Chinese authorities deny curbing freedoms and say the law was necessary to restore order after prolonged unrest.