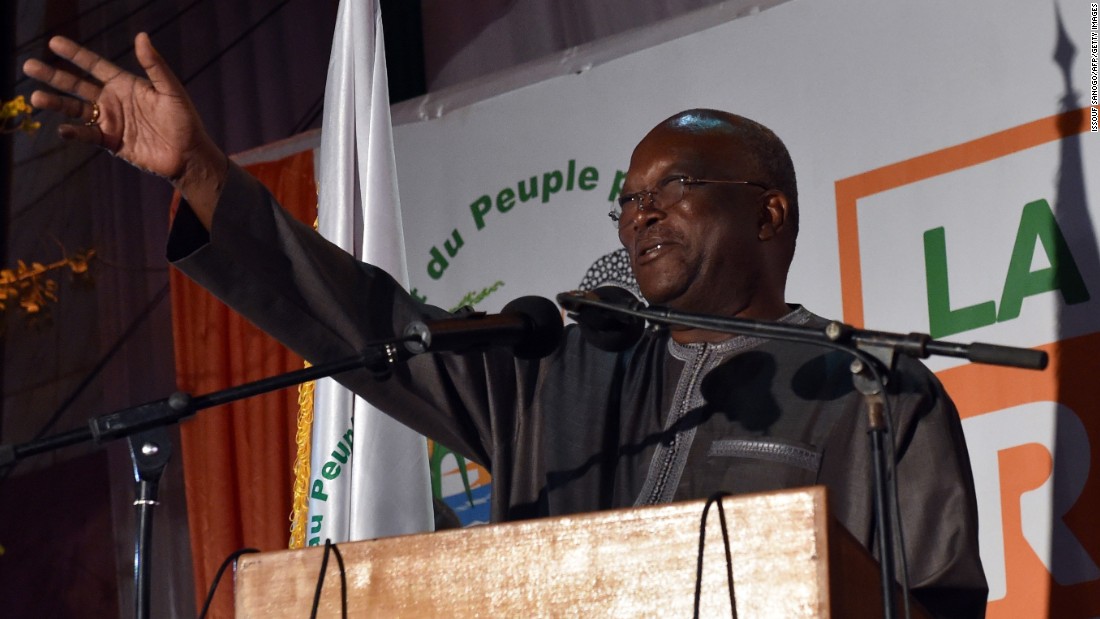 Kaboré’s location remains unknown; on Monday afternoon, a message was posted from his Twitter account asking those involved in the insurrection to lower their arms.

“Our nation is going through difficult times,” the tweet said. “We must in this precise moment, preserve our democratic achievements. I invite those who took arms to lower them in the superior interest of the nation. It is through dialogue and listening that we must resolve our contradictions.”

Kaboré has not been seen in public since fighting broke out around the presidential palace in the capital, Ouagadougou, on Sunday, according to the journalist working for CNN.

Gunshots were reported in that area of the capital and helicopters were also heard overhead, according to the journalist.

The soldiers told CNN they are angry at the government’s handling of jihadist attacks in the country, and believe Burkina Faso is better off under military rule right now.

Pictures from Ouagadougou on Monday showed armed vehicles and soldiers parked outside the headquarters of the state broadcaster, Radio Télévision du Burkina (RTB).

The Economic Community for West Africa States (ECOWAS) posted a statement on Facebook Monday saying it was watching “with great concern the political and security situation in Burkina Faso, following an attempted coup d’état on January 23.”

ECOWAS demanded that the “soldiers return to the barracks, maintain a Republican situation and favor dialogue with the authorities to resolve problems.”

On Monday, the French embassy in Burkina Faso posted a message on its website warning its citizens in the country that the situation “remains rather confusing.”

“In the wait for a clarification, we recommend that you avoid non-essential movements during the day and do not go out at night,” the message said.

Two Air France flights scheduled for Monday evening were also canceled, according to the embassy.

Reuters reports that frustration has risen in Burkina Faso in recent months, following the killings of civilians and soldiers by militants, some of whom have links to Islamic State and al Qaeda.

The news agency said sustained gunfire rang out from military camps in the West African country on Sunday, as soldiers demanded more support for their fight against Islamist militants.

Protesters came out to support the mutineers on Sunday and ransacked the headquarters of Kaboré’s political party, Reuters reported.

The government declared a curfew from 2000 GMT to 0530 GMT until further notice and closed schools for two days.

The turmoil in Burkina Faso comes after successful military putsches over the past 18 months in its West African neighbors Mali and Guinea, where the army removed President Alpha Conde last September.

West Africa, which until recently appeared to have shed its reputation as Africa’s “coup belt,” remains susceptible to unrest.

The military also took over in Chad last year after President Idriss Deby died on the battlefield there.

Burkina Faso is one of the poorest countries in West Africa — despite being a gold producer.

Its army has suffered heavy losses at the hands of Islamist militants, who control swathes of the country and have forced residents in those areas to abide by their harsh version of Islamic law, Reuters reports.