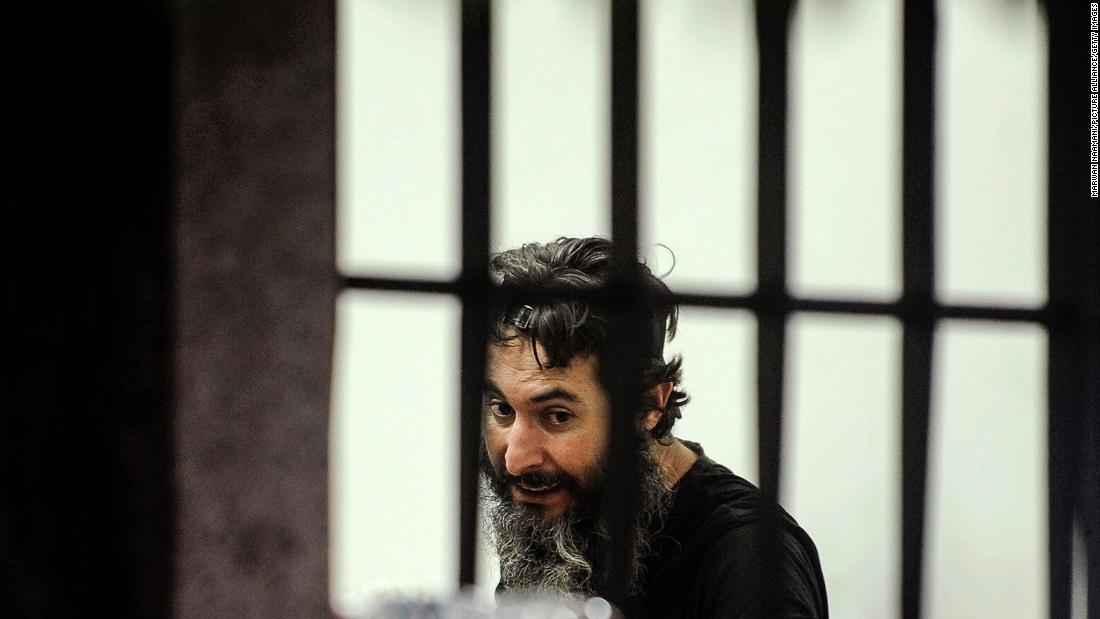 The gunman, named by authorities as Bassam al-Sheikh Hussein, is one of the millions in Lebanon whose lifesavings dissipated in the country’s devastating economic crisis that began in October 2019.

Videos posted to social media showed Hussein nervously pacing around the bank in denim shorts and sandals, his hostages trying to reason with him. “Give me my money back,” Hussein yelled, wielding a gun. “I’m running out of time.” He threatened to torch the bank and kill everyone in it.

Details about the gunman began to emerge as the tense standoff carried on. Hussein’s deposit amounted to $210,000, according to security sources. He needed money — around $10,000 — to pay for an operation for his father. It was money he was unable to obtain because, like the vast majority of Lebanese, his bank account was frozen. He said he’d surrender to the police if the funds were released to his brother.

As the hours ticked by inside the bank, people converged on the street outside to cheer Hussein on. They chanted anti-government and even some religious slogans in his support. The head of the Lebanese Depositor’s Association, Hassan Mughniyeh, publicly denounced the government and the banking elite for Hussein’s economic situation and blamed them for the standoff.

Still, sympathy for Hussein only grew. A torrent of social media posts praised him and security forces began to quietly speculate about copycat incidents. By the end of the day, he had become a national hero in the eyes of many.

“A lot of people in Lebanon are considering doing what he’s done, to get themselves imprisoned as they try to release their bank deposits for their families,” a security source told CNN. “It’s a matter of when that trigger point happens.”

The security source said large numbers of people sinking into debt combined with widespread ownership of weapons in households could generate more incidents like Thursday’s standoff.

The source spoke on the condition of anonymity, due to professional norms in Lebanon, in order to describe the nature of thinking inside the source’s team.

Lebanon has one of the highest number of guns per capita in the world, according to the Small Arms Survey, a group that monitors the proliferation of weapons, with more than 30% of civilians in the country being armed. The country’s unstable political situation has seen many political groups build arsenals.

Analysts and activists argue that the situation is made more volatile not just by the economic crisis but by the government’s mismanagement of it. When the financial tailspin began in October 2019, banks severely restricted access to customers’ deposits. However, these restrictions were discretionary, and were never made into law. That meant that banks could release funds to whomever they chose, and activists accused politicians of exploiting the situation to transfer billions of dollars out of the country as its coffers were drying up. It was the rich stealing from the poor, they said.

The World Bank agrees, releasing several reports that served as damning indictments against a political elite it accused of causing a “deliberate depression.”
Lebanon’s currency has lost over 90% of its October 2019 value. Its infrastructure has fallen into disrepair with over 20-hour long electricity cuts in addition to fuel, bread and water shortages. More than 80% of the population lives below the poverty line — up from around 30% three years ago. The banking crisis has exacerbated the situation by denying people access to their savings.

Hours after the standoff began, Hussein turned himself into the police. He was promised $30,000 as part of the terms of his surrender. As he exited the bank, he waved to the crowds and to a nation that watched with rapt attention an incident that underscored the depths of their despair.

Sweden is set to extradite a Turkish national back to Turkey after its Supreme Court greenlighted the government’s decision. Angelica Vallgren, Press Secretary to the Minister of Justice, told CNN that that the decision was “not connected” to Stockholm’s NATO bid.

Iran on Wednesday rejected what it described as “baseless” claims by the US, following the charging of an Iranian man in an alleged plot to kill former advisers of ex-US President Donald Trump. Foreign Ministry spokesman Nasser Kanani was cited by state-run IRNA news agency as saying the charges were politically motivated. “Iran strongly warns against any action against Iranian citizens under the pretext” of the accusations, he said, according to IRNA.

A man wanted by Saudi Arabia was killed on Wednesday after detonating a suicide belt in Jeddah during an arrest operation, Saudi Press Agency (SPA) said on Friday. Three security officers and one Pakistani national were injured in the explosion, SPA said.

A bear cub was found intoxicated and nearly passed out in Turkey after it went on a “mad-honey” bender in Turkey on Thursday.

Locals in the city of Düzce found a honey-drunk bear on the mountainside looking the worse for wear, according to state media. Deciding there wasn’t much they could do, they elected to drive the bear to the local vet.

Footage posted to social media showed the bear sitting in the back of a pickup truck, dazed and confused.

Mad honey is different from the honey you might put in your tea because it contains grayanotoxins, according to the National Library of Medicine.

Found in certain flowers from the Ericaceae family, grayanotoxins are what give mad honey its intoxicating effects.

The bear has since recovered from its sugary haze and is set to be released back into the wild, perhaps to chase a safer type of sugar high.

Photo of the day