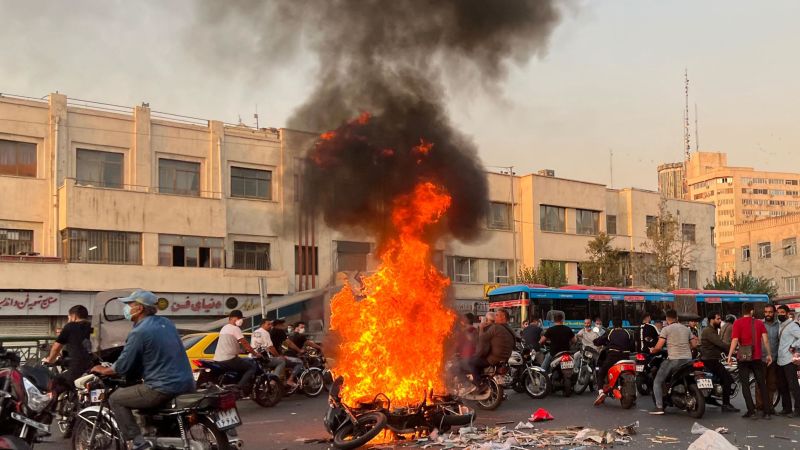 The Iran nuclear deal is “not our focus right now,” US State Department spokesperson Ned Price said Wednesday, noting the administration was instead focusing on supporting the protesters in Iran as efforts to restore the nuclear deal have hit yet another impasse.

“The Iranians have made very clear that this is not a deal that they have been prepared to make, a deal certainly does not appear imminent,” Price said at a department briefing.

“Iran’s demands are unrealistic. They go well beyond the scope of the JCPOA,” he said, using the acronym for the formal name of the deal, the Joint Comprehensive Plan of Action.

“Nothing we’ve heard in recent weeks suggests they have changed their position,” Price added.

The spokesperson said the administration’s current focus “is on the remarkable bravery and courage that the Iranian people are exhibiting through their peaceful demonstrations, through their exercise of their universal right to freedom of assembly and to freedom of expression.”

“And our focus right now is on shining a spotlight on what they’re doing and supporting them in the ways we can,” Price said.

US Secretary of State Antony Blinken said in late September that he did not “see any prospects in the very near term” to bring about a return to the Iran nuclear deal.

In an interview with CBS’ “60 Minutes,” Blinken said that “Iran has continued to try to add extraneous issues to the negotiation that we’re simply not going to say yes to.”

“We will not accept a bad deal, the response that they’ve given to the last proposals put forward by our European partners have been a very significant step backwards,” he said.

A senior State Department official said at that time that “we’ve hit a wall” because of Tehran’s “unreasonable” demands.

“At the same time as Iran is standing against its people on the street, it’s standing in the way of the kind of economic relief that a nuclear deal would provide. So I think they have to explain that to their own people why, on the verge of the deal, they would choose this issue and jeopardize at this point the possibility of the deal,” the official said in late September.

Amid the standstill on the JCPOA, the Biden administration has unveiled a series of measures aimed at punishing the regime for its repression of the Iranian people and to try to support the protesters.

In late September, the US announced sanctions on Iran’s Morality Police following the death of 22-year-old Mahsa Amini in their custody.

In a statement, the US Treasury Department said it was sanctioning the morality police “for abuse and violence against Iranian women and the violation of the rights of peaceful Iranian protestors.”

Shortly thereafter, amid internet shutdowns by the Iranian government in the face of widespread protests over Amini’s death, the US government took a step meant to allow technology firms to help the people of Iran access information online.

Last week, the US issued additional sanctions on seven senior Iranian officials for the government shutdown of internet access and the violence against protesters, targeting Iran’s Minister of the Interior, Ahmad Vahidi, who oversees all Law Enforcement Forces that have been used to suppress protests, as well as its Minister of Communications.