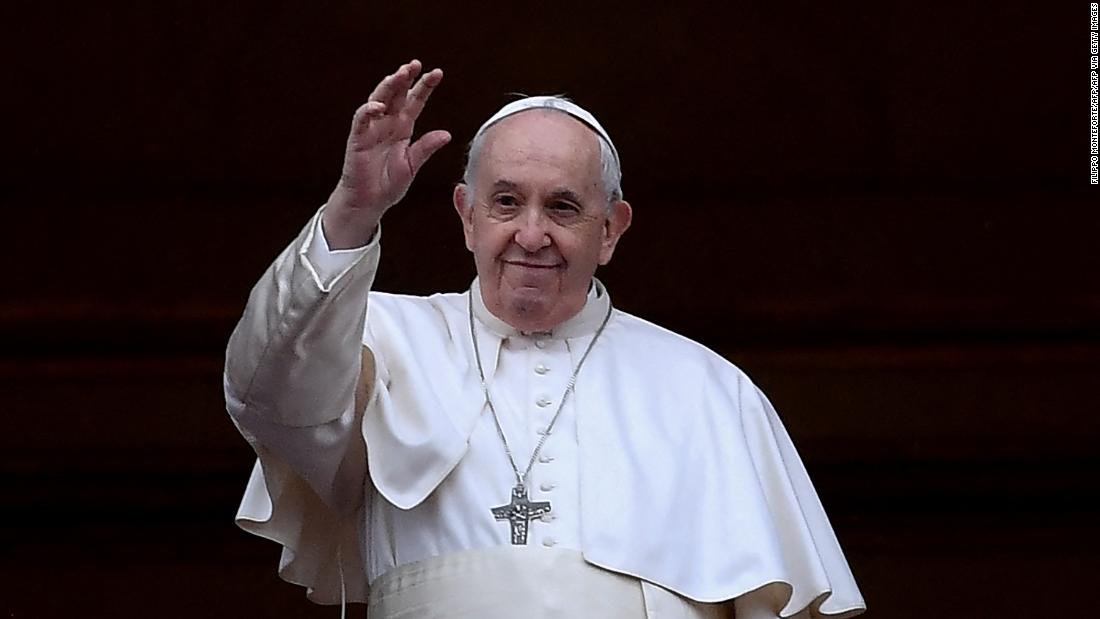 Speaking from the balcony overlooking St. Peter’s Square in the Vatican, the Pontiff called the pandemic a “complex crisis” that has tested social relationships and increased tendencies of withdrawal.

“Our capacity for social relationships is sorely tired,” Francis told the people in the square as well as the millions of Catholics watching the address from around the world.

“There is a growing tendency to withdraw, to do it all by ourselves, to stop making an effort to encounter others and do things together,” he added.

The Pope’s traditional “Urbi et Orbi” or “To the City and the World” Christmas address was affected by the pandemic for the second year running.

Unlike in 2020, people were able to come to the square to listen to the traditional message this year, but the number of attendees was only about a fifth of what it was before the pandemic, because of the current increase in coronavirus cases in Italy.

The country reported a record-breaking 50,599 new Covid-19 cases on Friday, the highest daily figure since the pandemic began, according to health ministry data.

Last year, the Pope delivered the address from the Apostolic Palace instead of the balcony, with the public not allowed to attend.

The Pope said on Saturday that the pandemic has also affected dialogue, in relation to international conflict, leading people to take “shortcuts rather than setting out on the longer paths” for talks.

“Sisters and brothers, what would our world be like without the patient dialogue of the many generous persons who keep families and communities together? In this time of the pandemic, we have come to realize this more and more,” he said.

He urged the world to “open its hearts” to ensure necessary medical care, particularly vaccines, is provided to vulnerable people.

“God-with-us, grant health to the infirm and inspire all men and women of good will to seek the best ways possible to overcome the current health crisis and its effects. Open hearts to ensure that necessary medical care — and vaccines in particular — are provided to those peoples who need them most. Repay those who generously devote themselves to caring for family members, the sick and the most vulnerable in our midst,” he said.

The leader of the Catholic Church added that the world has become so used to immense tragedies that “we hardly even notice them anymore.” He called for an end to conflicts throughout the Middle East and Africa, listing several places — including Syria, Yemen, Iraq, Lebanon, Sudan and Ethiopia.

The 85-year-old pontiff also used his Christmas message to address violence against women, which he said has increased during the pandemic. In a speech that marked his ninth Christmas as pontiff, Francis also highlighted the plight of refugees and migrants.