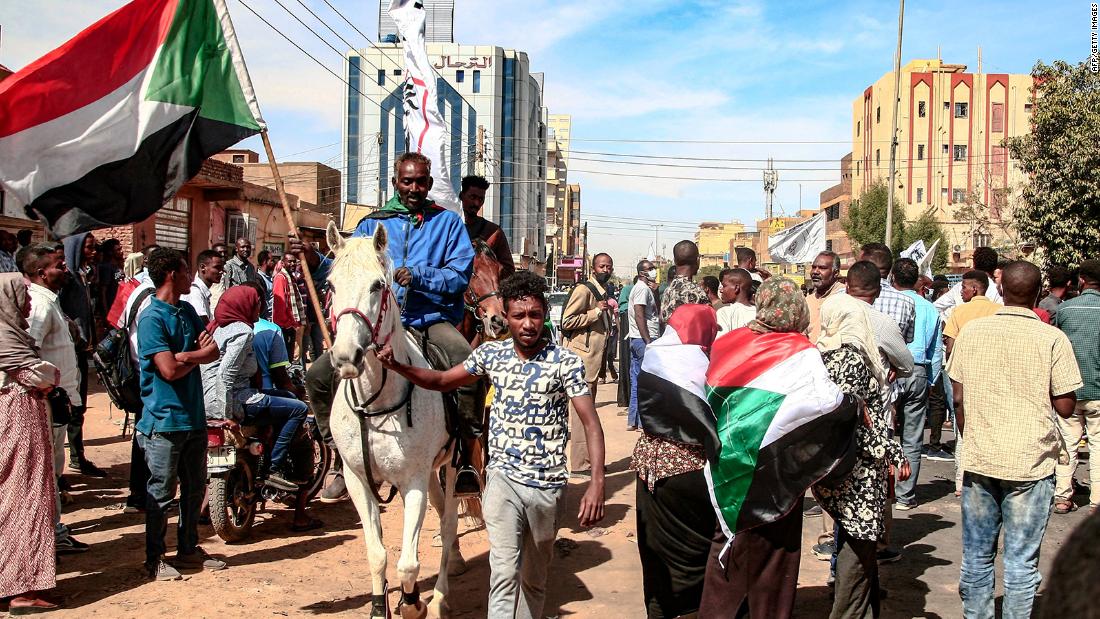 In a televised speech announcing his resignation, Hamdok said he is stepping down to make way “for the daughters or sons” of the country to complete the transitional period.

He also praised the Sudanese people for their determination in demanding “freedom and justice” during the protests, adding that “you will definitely have a better future with your revolutionary enthusiasm.”

“It is worth mentioning here that my acceptance of the task to the post of prime minister in August 2019 was on the basis of a constitutional document and political consensus between the civilian and military components, which I preached as a unique Sudanese model, but it did not survive with the same degree of commitment and harmony with which it started,” Hamdok said.

Sudan had been ruled by an uneasy alliance between the military and civilian groups since 2019. But in October, the military effectively took control, dissolving the power-sharing Sovereign Council and transitional government, and temporarily detaining Hamdok, the prime minister.

The country’s military chief, Gen. Abdel Fattah Al-Burhan, reinstated Hamdok in November as part of a deal between the military and civilian leadership.

Under the deal agreed by Hamdok and Al-Burhan, Hamdok would again become leader of the transitional government, which was first established after strongman President Omar al-Bashir was ousted in 2019.

Two of the protesters were shot in the chest while the third died from a “violent injury directly to the head,” the SCDC said.

Sunday’s protests in Omdurman, about 25 kilometers (16 miles) northwest of Khartoum, were the 14th day of mass demonstrations against military rule since the October 25 coup. At least 57 people have been killed by security forces since, the SCDC reported.

US Secretary of State Antony Blinken released a statement on New Year’s Day, also Sudan’s independence day, commemorating its 66 years of independence and criticizing the violent attacks against civilians by Sudan’s security services.

“We had hoped 2021 would offer the opportunity to partner with a democratizing Sudan, but the military’s seizure of power in October and violence against peaceful protesters have cast doubt on that future,” Blinken said in the statement.

“We do not want to return to the past and are prepared to respond to those who seek to block the aspirations of the Sudanese people for a civilian-led, democratic government and who would stand in the way of accountability, justice, and peace.”

Blinken demanded security forces “immediately cease the use of deadly force against protesters” and deliver justice to those responsible for human rights violations.

The US Embassy in Khartoum also reiterated its support for “peaceful expression of democratic aspiration, and the need to respect and protect individuals exercising free speech,” in a tweet last week.

The Council of Ministers, which was dissolved October 25, was to be restored and the civilian and military leadership would share power. The constitution would be amended to outline the partnership between civilians and the military in the transitional government.

But the agreement also included unspecified restructuring, according to Mudawi Ibrahim, a prominent official in the National Forces Initiative (NFI), which helped mediate the talks, and it has been met with resistance in Sudan.

Citizens protesting the military rule have been met with brutality, and media outlets have faced violent efforts to halt their coverage of the events.

On Thursday, Sudanese security forces sought to censor some broadcasters, according to accounts from multiple media outlets.

Authorities raided the offices of Saudi broadcaster al-Arabiya and its sister outlet al-Hadath, confiscating equipment and assaulting the staff in Khartoum on Thursday, al-Arabiya said in a series of tweets.

Internet services have also been badly disrupted since the coup, and phone coverage remains patchy. Although daily life came to a near standstill when the coup happened, shops, roads and some banks have since reopened.

CNN’s Kareem Khadder and Celine Alkhaldi contributed to this report.