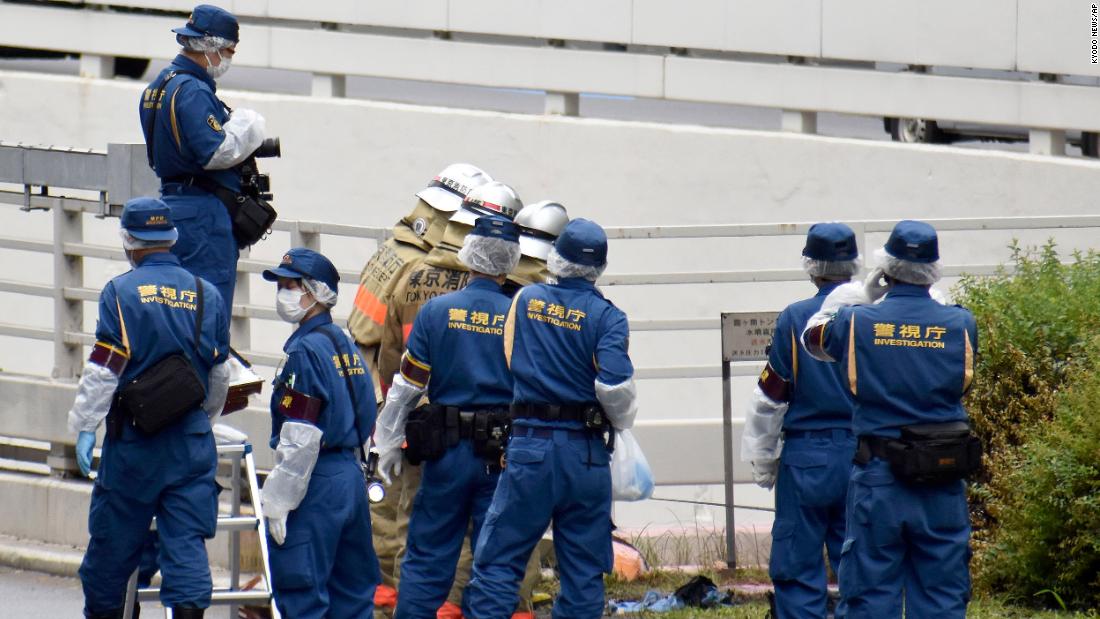 “I have heard that police found a man who had suffered burns near the cabinet office this morning before 7am and I’m aware that police are investigating,” Japan’s Chief Cabinet Secretary Hirokazu Matsuno told reporters on Wednesday.

Police are now gathering evidence from security cameras and eye witnesses, TV Asahi said, adding that an officer who tried to extinguish the fire had been injured and was taken to hospital.

Shinzo Abe was Japan’s longest-serving prime minister, holding office from 2006 to 2007 and again from 2012 to 2020 before resigning due to health reasons.
He died from excessive bleeding in July at the age of 67 after being shot while giving a public campaign speech.
News of his assassination reverberated across the world and huge crowds gathered on the streets of Tokyo to pay their respects.

The Japanese government has announced it will hold a state funeral for Abe on September 27, with the ceremony projected to cost up to $12 million because of hefty security and reception fees to host foreign dignitaries.

Opposition to that move is growing. Some protesters resent what they see as an exorbitant use of public funds for the event, while others point to Abe’s occasionally divisive politics.

State funerals in Japan are usually reserved for members of the imperial family, though the honor was also afforded to former Prime Minister Shigeru Yoshida in 1967.

Despite his wins at the ballot box, Abe was no stranger to controversy. He was involved in several scandals during his career and stoked controversy with visits to the Yasukuni Shrine, that includes the names of convicted war criminals and is regarded by China, North Korea and South Korea as a symbol of Japan’s imperial military past.