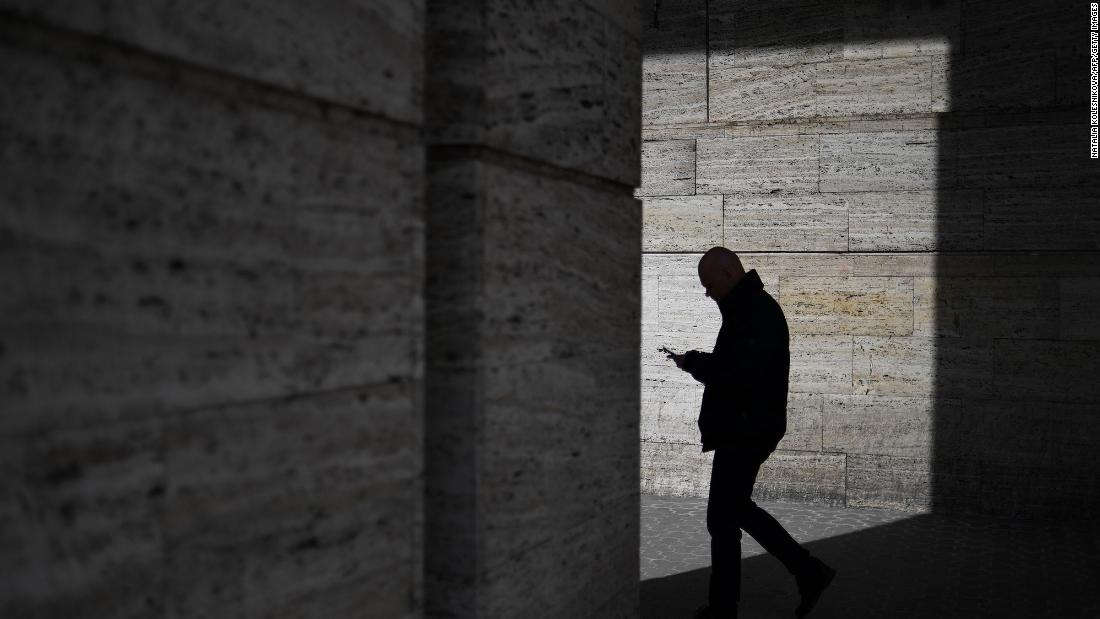 Russian citizens, unlike their Chinese counterparts, have been able to access US tech platforms such as Facebook, Twitter and Google, though they have been subject to censorship and restrictions — the defining feature of China’s internet model.
But Russia’s invasion of Ukraine, which has increasingly isolated the country in recent days, could also prove to be the death knell for its presence on the worldwide web.
On Friday, as sanctions on Russia tightened and fighting in Ukraine continued to intensify, the Russian government said it had decided to block Facebook, citing the social network’s moves in recent days to impose restrictions on Russia-controlled media outlets.
While Facebook is by no means the largest platform in the country, blocking it may be a symbolic move to indicate that President Vladimir Putin’s government is prepared to go after big global names if they don’t toe the party line. (Instagram and WhatsApp, which are more popular in Russia and also owned by Facebook’s parent company Meta, have not yet been blocked). Already, the country’s main telecom agency, Rozkomnadzor, is exerting pressure on Google (GOOGL) over what it terms “false” information, and has reportedly restricted Twitter (TWTR) as well. Other platforms are choosing to halt operations on their own.
Being cut off from Russia may not pose an existential threat to western tech platforms, some of which count their audience in the billions. But these moves have major implications for the ability of Russians to access information and express themselves freely. At a more fundamental level, it could also further accelerate the fracturing of the global internet as we know it.

Many of Russia’s recent curbs on western tech platforms stem from a “sovereign internet” law enacted by Russia in 2019 that allows Roskomnadzor to more tightly control internet access in the country and potentially sever its online ties to the rest of the world altogether.
A law passed by Putin’s government on Friday further ratchets up the hostility to western services, making it a crime to disseminate “fake” information about the invasion of Ukraine, with a penalty of up to 15 years in prison, according to the Committee to Protect Journalists. The law prompted several news outlets, including CNN, to suspend their coverage from within Russia. TikTok also cited the new legal environment in announcing its decision to prevent new uploads and livestreams on its platform in Russia.
Other tech companies previously dialed back their presence in Russia amid the Ukraine conflict. Apple, Microsoft and Intel stopped all sales and restricted services in the country, while Google, Twitter, Netflix (NFLX), Spotify (SPOT) and Meta have blocked or restricted Russian state-run media outlets and, in some cases, halted advertising in the country altogether. Cogent Communications, one of the world’s largest internet traffic hosts, reportedly began cutting off some Russian service providers from its network on Friday.

It’s a perfect storm that could lead Russia to finally seal off its population from the rest of the global internet, much like China already has.

“The crisis is definitely a flashpoint, and likely a turning point, for western platforms operating in Russia,” Jessica Brandt, policy director for the Artificial Intelligence and Emerging Technology Initiative at the Brookings Institution, told CNN Business. “Moscow will no doubt continue pressing platforms to take down unflattering content, using all the leverage at its disposal. If the companies comply, public backlash elsewhere around the world will be intense,” she added.

The term used to refer to the two countries’ respective censorship apparatuses is also similar — where China has its Great Firewall, Russia’s has been dubbed a digital Iron Curtain. But while there are many similarities between the two, there are also some key differences that raise doubts about Russia’s ability to maintain its own standalone digital ecosystem.

While China has spent decades building up its far-reaching censorship capabilities and has almost always blocked most western tech platforms from operating in the country, Russia is trying to make that switch while fighting a war. Russia’s ability to deploy the same level of technology as China is questionable, whether it’s making western platforms completely inaccessible or even censoring specific content and topics in real-time as the Chinese government frequently does.

“I think one nuanced difference between Russia and China is that China has the technical capability — their Great Firewall is very sophisticated and Russia doesn’t have as much of that,” said Xiaomeng Lu, director of the geo-technology practice for the Eurasia Group. “As much as they [Russia] want to do a comprehensive, full blockage, I think technically there are some challenges.”

Unlike China, millions of people in Russia have been accustomed to accessing global tech platforms, and completely cutting them off from those platforms is a step the Russian government under Putin has refrained from taking so far. But that is rapidly changing as the war and resulting western sanctions continue to escalate.

“Completely shutting it down, I think, risks some kind of backlash politically for the government,” said Lu. However, she adds, “that type of fear is losing out to the fear of longer-term regime survival.”

Russia’s dependence on outside technology has been on full display as foreign companies sever ties in response to western sanctions. Texas company Sabre and European counterpart Amadeus kicked Russia’s biggest airline, Aeroflot, off their global ticketing and reservation systems last week. The country’s central bank also announced that Apple Pay and Google Pay will no longer support cards of several Russian banks.
Russia does have alternatives to global tech platforms such as the search engine Yandex and the social network VK, which have tens of millions of users. But Lu says it is not “as vibrant an ecosystem as China,” which has several tech giants including Tencent (TCEHY), Alibaba (BABA) and Weibo (WB) that rival their Silicon Valley counterparts.
The Russian platforms are also facing their own collateral damage from the Ukraine invasion and resulting western sanctions. Yandex warned last week that the stock market meltdown from sanctions could prevent it from paying its debts, and Vladimir Kiriyenko, the CEO of VK’s parent company, is among the individuals sanctioned by the US government. On Monday, Dutch investment firm Prosus announced it would write off its investment in VK — worth around $700 million — and asked its directors on the company’s board to resign.

‘It’s the Russian people that will lose enormously’

While the Russian government appears more than ready to expel western tech platforms from its digital borders, the same can’t be said for the Russian people.

“The Russian government stands to gain from Big Tech’s exit,” said Brandt. “It’s the Russian people that will lose enormously if they are stripped of access to non-government news and information and denied means to organize.”

There are already signs that Russians are seeking ways to evade internet blocks. Five of the top 10 downloaded apps in the country last week were virtual private network (VPN) apps that allow users to create more secure internet connection. Downloads of the most popular VPN apps during that period collectively spiked more than 1,300%, according to app tracking platform Sensor Tower.

One way or the other, the digital Iron Curtain appears to be dropping.

Lu admits it is hard to predict exactly how quickly a complete severing of Russia’s internet from the world will take place, but recent development indicate it could happen in “weeks or maybe even days.”