Premarket stocks: The Fed isn’t about to back down from its inflation fight 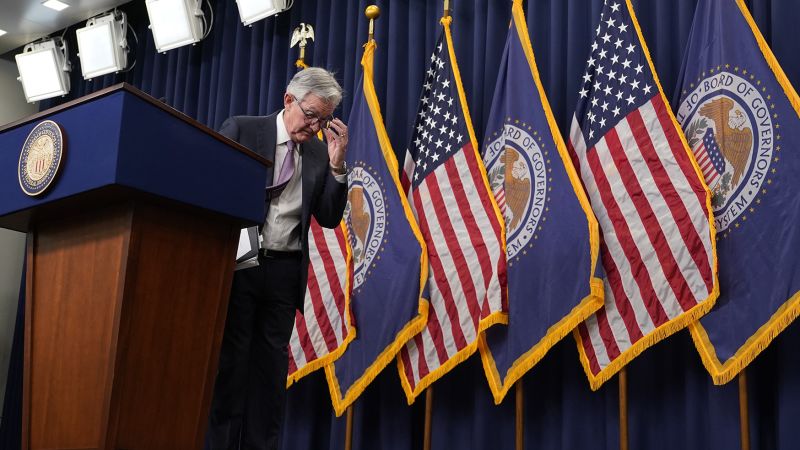 A version of this story first appeared in CNN Business’ Before the Bell newsletter. Not a subscriber? You can sign up right here. You can listen to an audio version of the newsletter by clicking the same link.

Twelve days from now, the Federal Reserve will meet again, and expectations for the central bank’s next moves are firming up. The consensus among investors: Persistently hot inflation means the Fed will need to continue with its string of aggressive interest rate hikes, which is unprecedented in the modern era.

What’s happening: Markets see a 99% probability that rates will rise by another three-quarters of a percentage point, reaching a range of 3.75% to 4%.

A hike of that magnitude is now “a given,” Quincy Krosby, chief global strategist for LPL Financial, told clients on Wednesday. “Concern is now focused on December, and whether the Fed is prepared to transition to smaller rate hikes.”

That’s up from a 60% probability one month ago. So what changed?

Inflation, mainly. The US Consumer Price Index rose 8.2% in the year to September after rising 8.3% annually in August. While CPI peaked at 9.1% in June, that reading was still uncomfortably elevated and higher than economists had expected.

The 6.6% annual uptick in shelter costs was of particular concern. It takes longer for housing expenses to come back down than some other categories, since renters tend to sign leases for 12-month periods. The monthly rise in core services costs (excluding energy) was the largest gain in three decades.

The data underscored the need for the Federal Reserve to stay tough — while a strong jobs report for September will deliver confidence the central bank can do so without causing undue harm to the US economy.

Fed officials have said as much. In an interview with Reuters on Friday, St. Louis Fed President James Bullard said inflation had become “pernicious,” which means that “frontloading” larger rate hikes is logical.

The market impact: The S&P 500 kicked off the week with a 3.8% rally before dropping 0.7% on Wednesday. It’s still plodding along in a bear market, about 23% below its January peak. So long as the Fed signals its intention to keep the pressure on, boosting the odds of a US recession, volatility is expected to persist.

Even relatively solid corporate earnings may not be sufficient to change the direction.

“So far, the results are decent, but they’re being compared to consensus estimates that have been persistently lowered since early summer,” noted strategists at Charles Schwab.

(TSLA) posted a solid quarter of earnings and record revenue, but now says it will likely fall short of its target for a 50% growth in the number of cars it sells this year.

But with two quarters of disappointing deliveries caused by supply chain issues and Covid-related shutdowns in China, that goal has looked increasingly out of reach, my CNN Business colleague Chris Isidore reports.

CEO Elon Musk said that the electric carmaker is not struggling with demand.

“We expect to sell every car that we make, for as far in the future as we can see,” he said on a call with analysts on Wednesday.

Instead, the company said it would “just” miss its target due to complications with delivery of cars from its factories to customers at the end of the year.

“This quarter was not roses and rainbows,” said Dan Ives, tech analyst for Wedbush Securities. “Competition is increasing. There are some logistical challenges.”

America’s business leaders are becoming more pessimistic. The Conference Board recently reported a slide in its CEO confidence index, which it said had hit levels not seen “since the depths of the Great Recession.”

Notably, the business community is not being quiet about its concerns.

Amazon founder Jeff Bezos tweeted Tuesday that “the probabilities in this economy tell you to batten down the hatches.”

He was responding to a clip of an interview with Goldman Sachs CEO David Solomon, who told CNBC that “it’s a time to be cautious.”

“You have to expect that there’s more volatility on the horizon now,” Solomon said. “That doesn’t mean for sure that we have a really difficult economic scenario. But on the distribution of outcomes, there’s a good chance that we have a recession in the United States.”