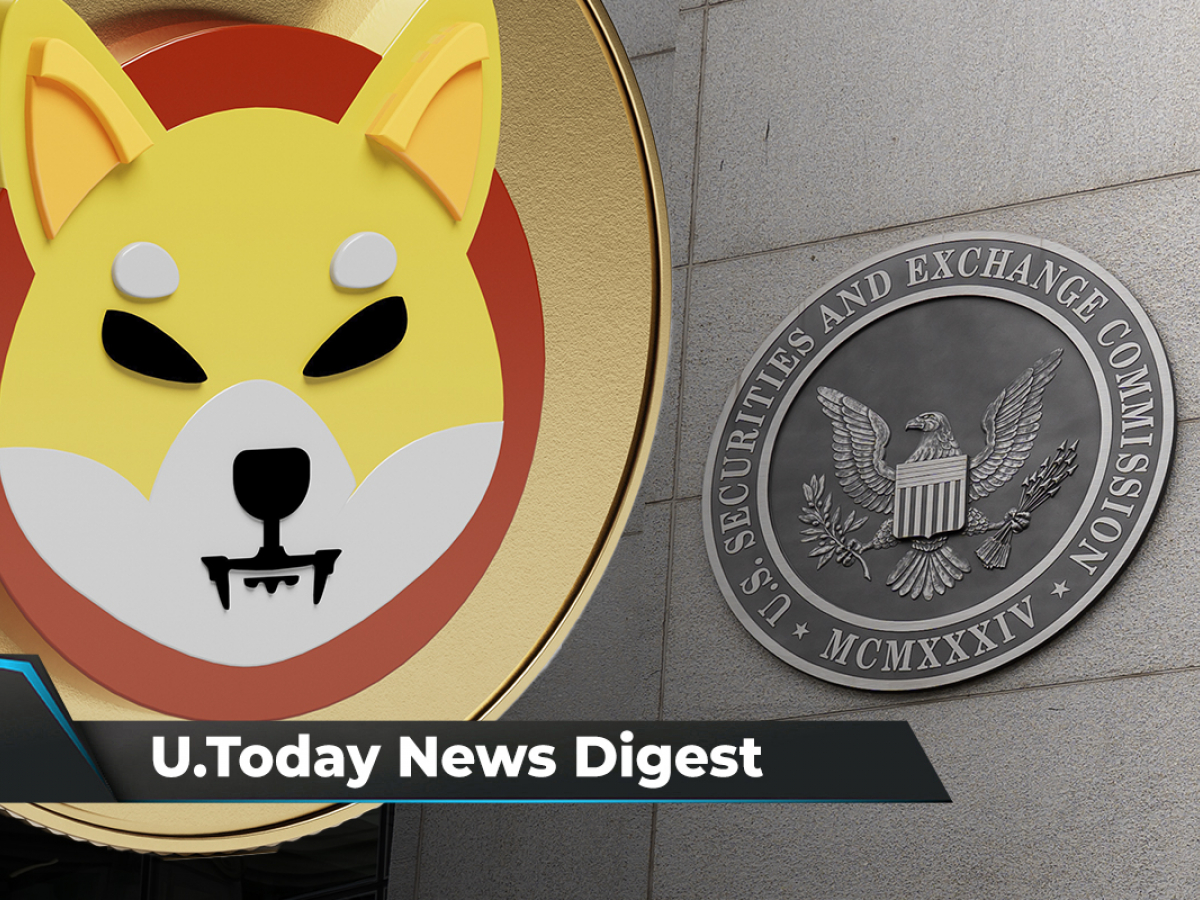 U.Today presents you with the top four stories over the past day; don’t miss this piece!

After Ripple executives – CEO Brad Garlinghouse and co-founder Chris Larsen – failed to dismiss the lawsuit, the SEC addressed Magistrate Judge Sarah Netburn in its recent letter, stating that its internal documents are now irrelevant. The regulator insists that the court should not compel it to produce its internal documents regardless of whether or not they are protected by the deliberative process privilege (DPP).

Previously, Ripple managed to convince the court that the SEC’s emails related to William Hinman’s speech were not privileged, but the agency still keeps them under wraps.

AMC, an American cinema giant that has recently started accepting DOGE and SHIB coins, decided to invest in a gold-silver mine, Barron’s reports. The company is also acquiring a stake in Hycroft Mining Holding, which owns the mine. The amount of funds AMC plans to spend on this investment is $27.9 million in cash. This will buy them 23.4 million warrant units. According to AMC chief Adam Aron, this investment is going to help both sides: AMC will diversify its funds, and Hycroft Mining Holding will resolve its liquidity issues.

WhaleStats data demonstrates that yesterday, the top ETH whales bought over 42 million Terra (UST). The purchase of 42 million UST was done in four large transactions, carrying from 8 million to 15 million tokens each. The purchased amount of UST is almost the same as its dollar equivalent and comprises $42,168,000.

At the moment, UST’s market capitalization has risen dramatically to $15 billion, according to data tracking website CoinMarketCap.

Yesterday, shibburn Twitter account reported that almost 743 million Shiba Inu tokens have been destroyed in only 24 hours. The amount of tokens burned in such a short period can be considered a record since, according to a previous statement by the tracking service, the maximum amount of SHIB removed from circulation over 24 hours seldom exceeded 100 million. Meanwhile, shib_superstore Twitter account tweeted that during the upcoming token burn on March 17, it intends to incinerate at least 575 million SHIB.