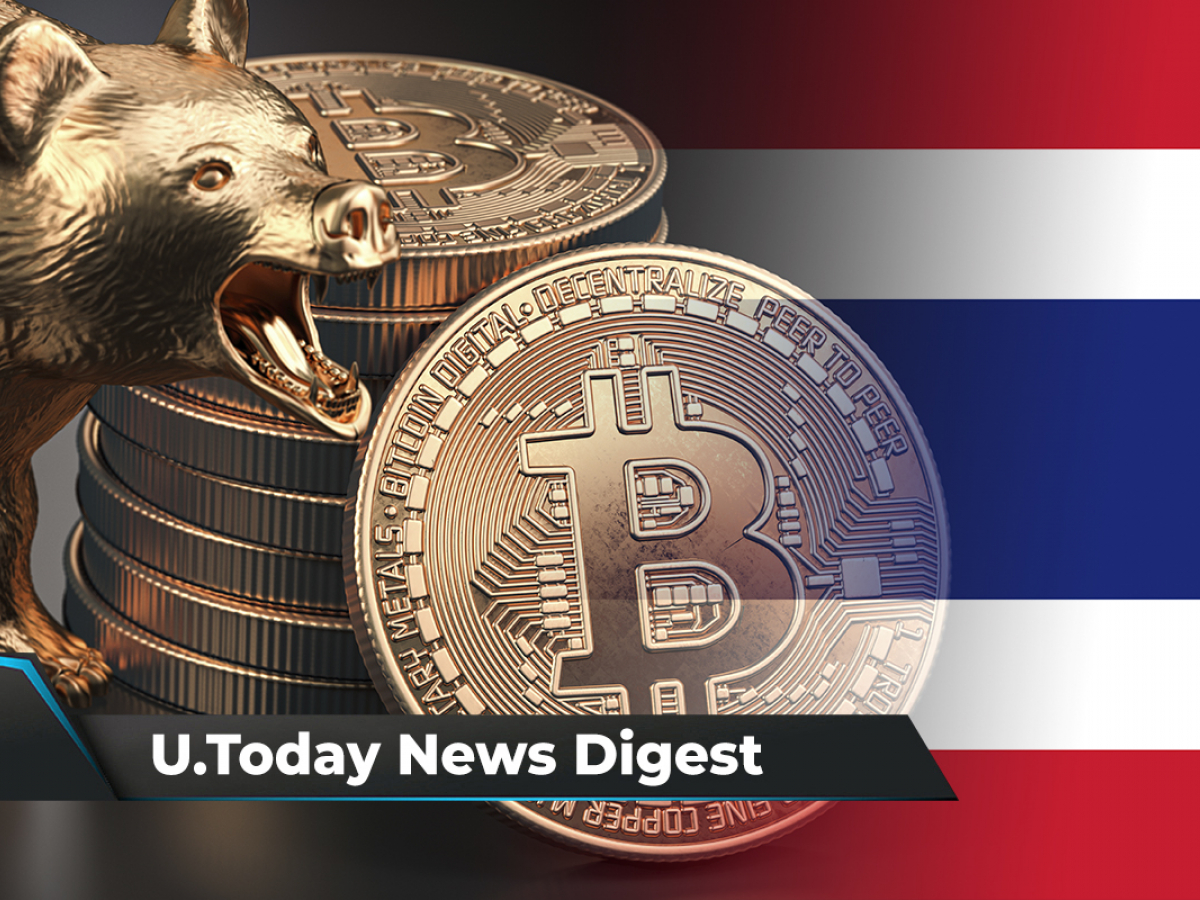 Take a closer look at the latest crypto events with U.Today’s news digest!

Here are the top four news stories over the past day presented to you by U.Today.

Bitcoin bulls are hoping for an impressive rebound of the world’s largest crypto as some market observers see a break in the clouds in BTC’s anemic performance. According to Jake Gordon, Bespoke Investment Group’s analyst, judging by how Bitcoin has remained below its 200-day moving average (MA), it may be close to bottoming. After staying below the aforementioned MA for an extended period of time, BTC usually generates significant returns. Bitcoin has now been below the 200 MA for 70 days, one of the longest streaks in its history.

As reported by Reuters, Thailand decided to approve relaxed cryptocurrency taxation rules to help promote and develop the industry in the second-largest economy in Southeast Asia. Arkhom Termpittayapaisith, finance minister, says that this will allow traders to offset annual losses against gains and exempt a value-added tax of 7% for crypto trading on authorized exchanges. The tax exemption will last from April 2022 to December 2023 and will also apply to the trading of CBDC, which the central bank is yet to issue.

Cryptocurrency exchange Binance has announced that as part of its new promotional offer, each new user will be able to get up to 308,000 SHIB tokens. The majority of the $100,000 prize pool ($80,000) will be distributed to those who use a referral link to register on the website. The remaining $20,000 will be shared among Binance users who have traded more than 1,000 USDT tokens across all trading pairs that support the Shiba Inu cryptocurrency. The offer will be valid until March 21.

Despite some people hinting at an imminent settlement in the Ripple-SEC case (since the Ripple lawsuit is allegedly missing from the regulator’s website), Cryptolaw founder John Deaton does not expect settlement to happen within the next month.

It may not be clear whether Ripple is going to win the legal battle, but it appears that sentiment is in favor of the company over the SEC. According to a recent tweet by Fox journalist Eleanor Terrett, SEC staff are losing faith in its ability to win the case. A source close to the SEC told Terrett that Commissioner Hester Peirce believes the SEC might not achieve the outcome it is looking for.