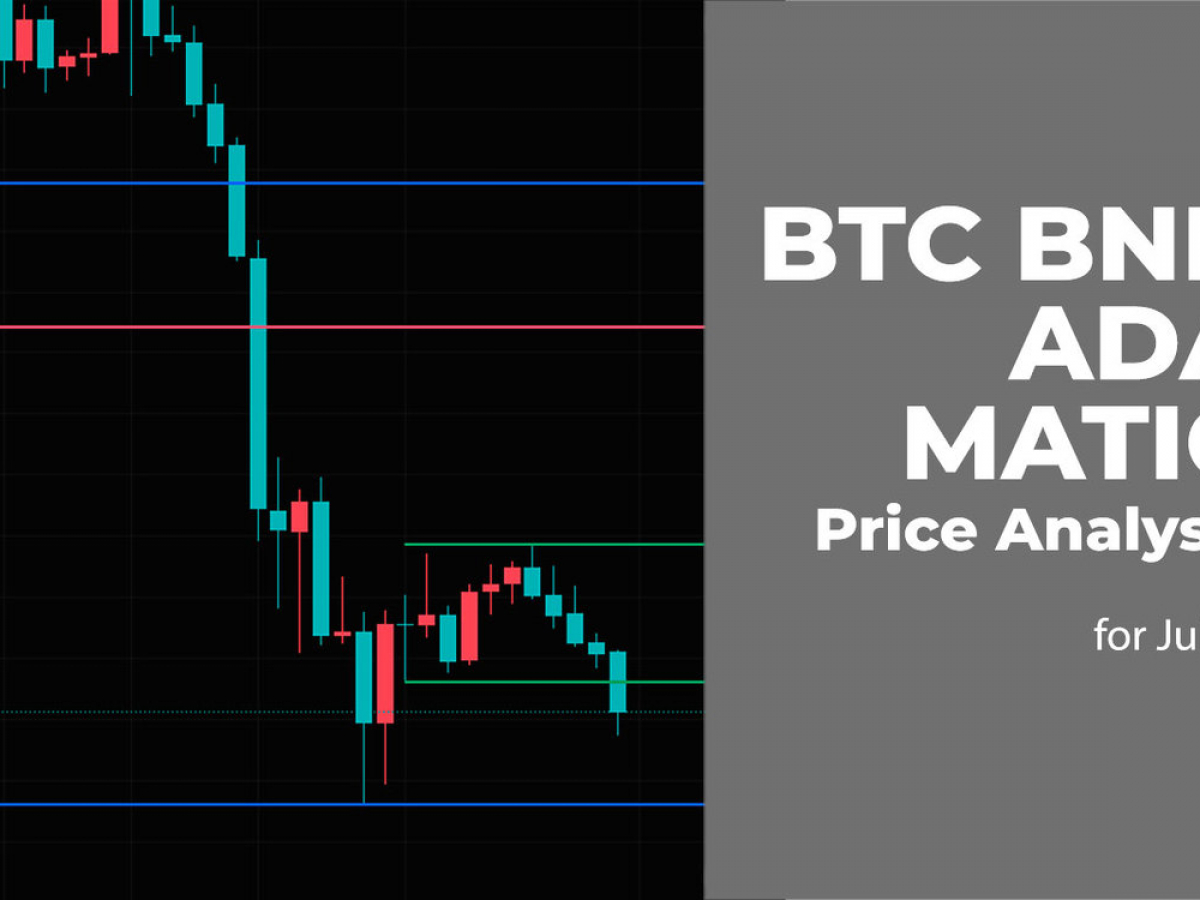 July has started with the bounceback of the cryptocurrency market, as all of the top 10 coins are in the green zone.

Bitcoin (BTC) has begun the new month with a slight rise, increasing by 1.63%.

Despite the slight growth, Bitcoin (BTC) remains trading below the vital $20,000 mark. Thus, the selling volume is high, so there are still chances to see a further drop. If bulls can return the rate above the $20,000 zone, BTC might enter a short-term bull run.

Binance Coin (BNB) has gained more than BTC, growing by 2%.

Even though yesterday’s candle closed bullish, the native exchange coin could not show a significant rise today. The fall has continued after a false breakout of the $220 mark. In this case, sellers may have accumulated enough power for a further drop. Respectively, BNB might again test $220 soon.

Cardano (ADA) has grown the least today, as the upward move has accounted for only 0.60%.

Cardano (ADA) remains weak as it is approaching the $0.44 mark again. If the daily candle closes near it or below, bulls might not be able to stop the test of the support level at $0.3974. In addition, ADA is looking worse than most other coins on the market.

MATIC is the biggest gainer, rising by more than 3% since yesterday.

Despite the rise, MATIC could not return to $0.50 but made a false breakout. If bulls cannot hold the initiative by the end of the day, the altcoin might test yesterday’s low at $0.4180 by the end of the week.