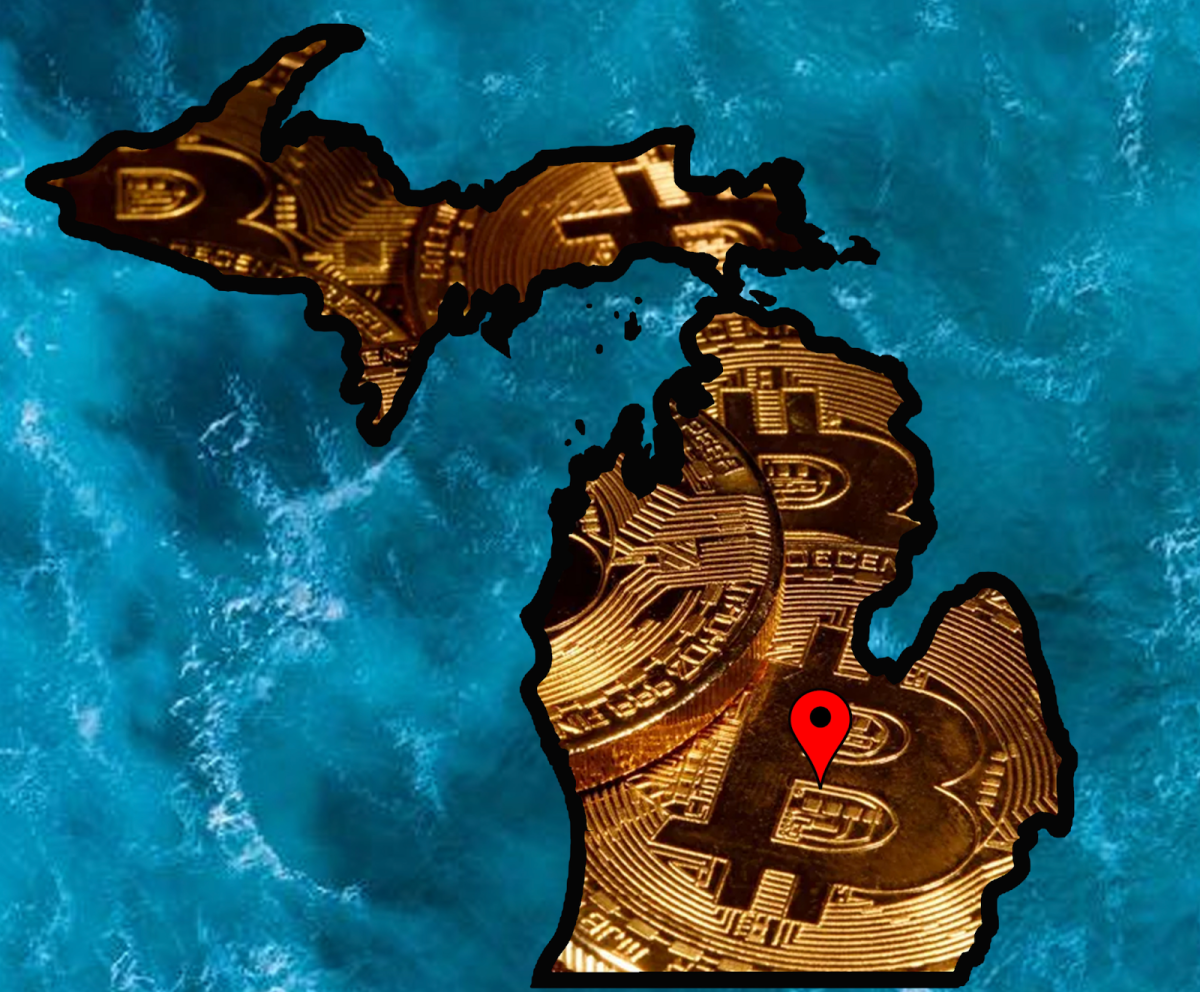 This is an opinion editorial by Heidi Porter, an entrepreneur with 35 years in technology, Ben, a Gen Z Bitcoin evangelist and Xa Ya Za Za, a business owner, artist and node whisperer.

Have you heard the exciting news? There’s a new Bitcoin beach in the world! It’s also the furthest North of any Bitcoin beach enclave, located on 130 acres of private property in central Michigan.

This Bitcoin Beach will even freeze over in the winter, and turns into a hotspot for ice fishing!

The first annual Bitcoin Beach BBQ was held on Saturday August 20th, 2022. Somewhere around 70-85 Bitcoiners and pre-coiners came from all around the hand (mitten) of Michigan to camp out, hang-out, eat-out and talk and learn about Bitcoin.

It was beyond fantastic to just hang out with sand and sun and some hard seltzer — in real life — with Bitcoiners. The conversation flowed easily. No phones and texting, just lots of vast and varied Bitcoin topics and talking.

Mike Smith has owned the property since 1992, originally purchased as a gravel pit to service his excavation company. Recently, the lake was re-christened as Lake Satoshi and Bitcoin Beach North in March of 2021. At the BBQ, Smith gave a presentation on Bitcoin and handed out some sats, shirts and swag to pre-coiners who had come to the event to learn about Bitcoin.

Yet another Bitcoiner “Ben” worked his Bitcoiner butt off to make the inaugural BBQ at Bitcoin Beach North event welcoming and informative to all. He’s been a Bitcoiner since high school, so he got into sound money at the young age of 17. Ben now helps at Bitcoin 101 with marketing and education.

The third member of the Bitcoin 101 trio is PF. Smith and PF worked together throughout the ‘90s and were united again through Bitcoin. PF is responsible for maintaining the Bitcoin 101 website, as well as the Michigan Plebeian Mesh Network. More on that, in a subsequent article.

An illustrative sign post shows the mileage to important Bitcoin landmarks and companies. Much time was spent around the totem sign–discussing the various pointers and meanings, and who else should (or should not be) added. There was also one pointer that wasn’t obvious to most people at first, which is a fun quiz to see if you can guess it right. We all spent time thinking and talking about it, and eventually a few of us got it. You’ll have to visit it, to put your guess in!

As fabulous as the event was, it’s just a small part of what’s happening around Bitcoin Beach North and Bitcoin education and community in Michigan and the surrounding areas.

Mike Smith runs Bitcoin 101, a Bitcoin education and services office that resides in a historic bank building in Ovid, Michigan — about 6 miles from Bitcoin Beach North at Lake Satoshi.

Smith set his intention to house the Bitcoin services office in an old bank building. However, to his surprise, the first bank he looked at purchasing would not sell to him because he was promoting Bitcoin!

Like a lot of roadblocks in life, Smith says that setback was ultimately a blessing in that they found a much better building, only 5 minutes away from Bitcoin Beach North. By a stroke of luck, Smith was driving by the bank one day and spotted a for sale sign in the window. This time he was more covert about the intention to turn it into a Bitcoin education center, and it worked!

The current building is a historical treasure and history lesson of fiat banking, with bank deposit slips from the 1800s and a mechanical bank vault that was manufactured in Hamilton, Ohio. Today, the vault is secured with a hybrid of digital and mechanical locks.

Smith and his Bitcoin team are setting up historical displays about past and future money. They also run various Bitcoin miners that heat the office in the very cold Michigan winters.

Given that Bitcoin 101 and Bitcoin Beach North are not far from the Michigan State Capitol in Lansing, Smith hopes to sit down with local legislators, business owners and residents during their upcoming monthly meetups. The first Mid-Michigan meetup will be Wednesday, October 19th. Check the Bitcoin101.io site for details.

Several other Bitcoin meetups currently happen state-wide across Michigan in the areas of Grand Rapids, Detroit and in Benton Harbor (home of Whirlpool the appliance manufacturer, not the CoinJoin implementation).

If you are ever in Michigan, check out Bitcoin 101 and Bitcoin Beach North — summer or winter!

Bitcoiners in Michigan, coming in strong for the censorship-resistant, sound money of Bitcoin.

This is a guest post by Heidi Porter. Opinions expressed are entirely their own and do not necessarily reflect those of BTC Inc. or Bitcoin Magazine.